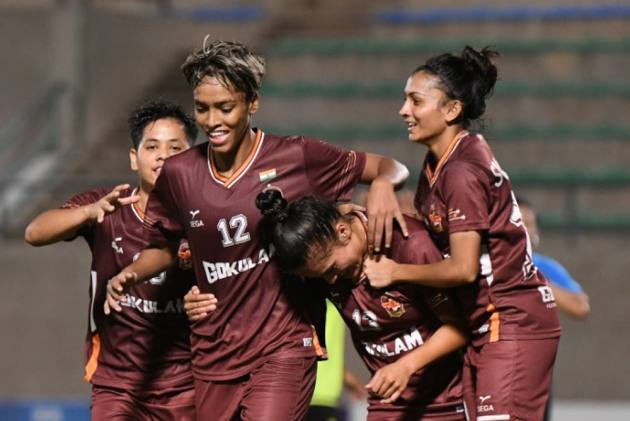 The win assured Gokulam at least a third-place finish in the four-team competition, which is being organised as a FIFA-AFC pilot tournament.

After a sluggish start, the Indian side took the lead through Elshaddai Acheampong's goal with the Ghanian striker slotting home in the 34th minute from a Soumya Guguloth header.

After taking a deserved 1-0 at the break, Acheampong won a penalty in the 62nd minute following a push from rival captain Luiza Sadirova inside the box.

Manisha Kalyan made it 2-0 for Malabarians by converting from the spot. But Bunyodkor fought back with Umida Zoirova scoring soon after conceding the second goal.

Gokulam restored the two-goal lead with substitute Karen Stefanny Paez scoring in the 68th minute from a deflection after Acheampong’s shot hit the woodwork.

Gokulam started their campaign with a 1-2 defeat against hosts Amman. In the second match, Malabarians lost 0-1 to the Iranian side, Shahrdari Sirjan.

Star of the match, Acheampong was one of the five overseas recruits Gokulam signed before the tournament. Adriana Tirado (Puerto Rico), Win Theingi Tun (Myanmar), Karen Steffany (Colombia) and Susan Duah (Ghana) are the other four.