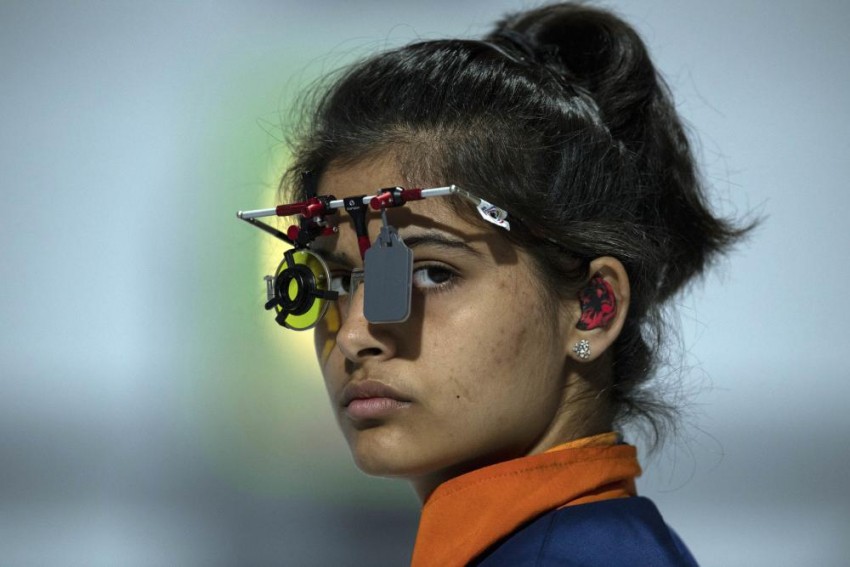 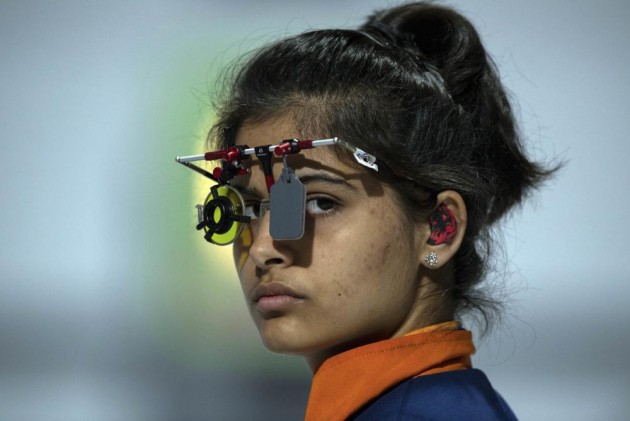 India's young shooters touched another sensational high with Manu Bhaker, Elavenil Valarivan and Divyansh Panwar clinching gold medals in their respective events to give the country its best ever single-day show in the ISSF World Cup Finals at Putian, China on Thursday. (More Sports News)

Later, another teen sensation Divyansh, who is all of 17, finished on top in the men's 10 air rifle competition with a final score of 250.1. India are currently top of the table with three gold medals, followed by China (two gold, one silver, one bronze).

Bhaker shot 244.7 to notch up the top prize in the prestigious season-ending tournament of International Shooting Sport Federation (ISSF). In the same event Manu's compatriot, Yashaswini Singh Deswal, finished sixth in the final.

Serbia's Zorana Arunovic won the silver with 241.9, while Quian Wang of China bagged the bronze with 221.8.

Mehuli Ghosh also qualified for the same event's final but ended sixth with a score of 163.8.

Divyansh then ensured that women didn't hog the limelight completely with his stellar performance. He qualified third for the final with a score of 627.1.

In the final he steered ahead of Hungary's Istvan Peni (250) and Slovakia's Patrik Jany (228.4) to clinch the top prize.

In the men's 10m air pistol event, Abhishek Verma and Saurabh Chaudhary qualified for the final but couldn't claim medals.