Aditi, 23, had to come through a qualifier to make the Open. She played alongside 56 other golfers and finished second with 2-under 68 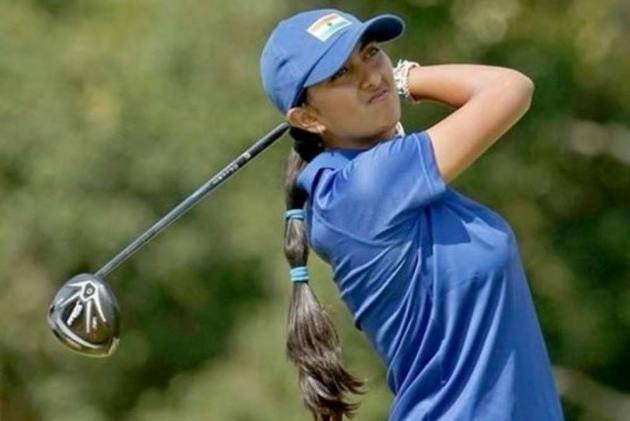 Set to compete in her 19th Major, Indian golfer Aditi Ashok will play alongside American Brittany Altomare and Korea's Sung Hyun Park when she tees up at the AIG Women's Open at Carnoustie on Thursday. (More Sports News)

The 23-year-old, who missed an Olympic medal by a whisker, has played the most Majors by an Indian – men or women.

When she teed at the ANA Inspiration earlier this year, she equalled Anirban Lahiri’s record of 16 Major starts, but by making the field in the Women’s KPMG, the Evian and now the Open, she has extended her record to 19. Women have five Majors each year, while men have four.

Like Lahiri, she is also from Bengaluru and has been on the LPGA – the women’s equivalent of the PGA Tour – since 2017.

And, like Lahiri, she is also searching for her first LPGA title.

She has admitted that it is one of her goals, but with age on her side, there is a lot of time.

The Olympic  Games in Tokyo showed she can battle it out with the very best when she took on World No. 1 Nelly Korda who won gold and former World No. 1 Lydia Ko who grabbed bronze. Aditi was stranded at fourth.

Aditi had to come through a 18-hole qualifier to make the Open this time. She played alongside 56 other golfers and finished second with 2-under 68 at Panmure Golf Club, a stone’s throw from Carnoustie.

"I’m excited to play Carnoustie. I have heard a lot about it and always wanted to play in the Women’s Open there since I heard it was our venue for 2021," she said.

"Hopefully I’ve got adjusted to links golf a bit more now that I played Panmure and shot under par. I’m also super excited that I’ll have my mom (Maheshwari) on my bag for the women’s open at Carnoustie."

Aditi’s best at a Major has been T-22 in 2018. But now with the confidence of the Olympic campaign and a fine round at the Links at Panmure, this could be a different week for Aditi.

Major champion, Olympic gold medallist and World number one Korda heads an international field of more than 75 champions at the AIG Women’s Open.

The 23-year-old leads a talented field comprising no less than 29 Major champions and worldwide winners of more than 400 titles on the LPGA, JLPGA and Ladies European Tour.

Korda is one of 38 Americans teeing it up this week alongside older sister Jessica and Major champions Danielle Kang and Lexi Thompson.

Joining Korda as players to have reached the top of the Rolex Women’s Golf World Rankings are six former number ones including AIG Women’s Open winners Stacy Lewis (2013), Inbee Park (2015) and Ariya Jutanugarn (2016), as well as Korea’s Sung Hyun Park and So Yeon Ryu.

The field is 144 players, including 15 players from the final qualifiers at Panmure, and they are from 32 countries.