It was a mixed 2021 for the Indian cricket team. Test success in Australia was a definite high and history is beckoning India in South Africa in what is likely to be a challenging 2022. 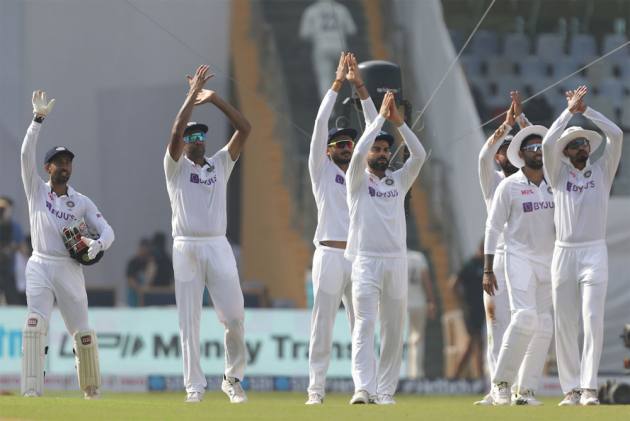 A new year is here, and the Indian national cricket team will be busier than ever. There will be new resolutions, stated or otherwise. And for the first time, two captains — Virat Kohli and Rohit Sharma — will lead the Indian charge in different formats. In the upcoming ODI series in South Africa, KL Rahul will captain India since Rohit Sharma is injured. (More Cricket News)

Despite the failure to win either of the ICC tournaments that they competed in 2021, it was a memorable year for the Indian cricket team. India started the year on a high, breaching 'Fortress Gabba' to win an unprecedented back-to-back Test series in Australia.

India then closed the year with another high, this time by becoming the first Asian team to win a Test in Centurion, a South African citadel. It was truly a memorable year for the Test team even though it failed to lift the inaugural ICC World Test Championship mace, losing to New Zealand in a six-day final. With Kohli being the unofficial mascot of Test cricket, an Indian win would have made the occasion befitting some celebrations.

In between, India won all bilateral ODI series and yet failed to win the T20 World Cup as 'the hosts' in the Middle East, making group stage exit following defeats to Pakistan (a first in World Cups) and New Zealand.

Now, new challenges await the Indian cricket team in 2022. India in fact can start the new year by sealing their first-ever Test series win in South Africa. And they are already 1-0 in the three-match series.

Indian cricketers, stars in their own rights, will switch national colours for lucrative franchise jerseys and will rub shoulders with international stars in the seasonal jamboree called the Indian Premier League. IPL 2022 will have a new look with two new teams and more games.

Here's a look at upcoming series and tournaments which will feature India:

IPL 2022 In April-May: Venues and dates not yet announced. The mega auction will be held on February 12 and 13 in Bengaluru. World's premier T20 league becomes bigger with two news franchises jumping the IPL bandwagon.

India Tour Of West Indies (July-August): 3 ODIs and 3 T20Is - Venues and dates not yet announced.

Asia Cup 2022 (September): Venue and dates yet to be announced.

Australia Tour Of India (September-October): 4 Tests and 3 T20Is - Venues and dates not yet announced.

T20 World Cup 2022 In Australia (October-November): Venues and dates not yet announced.

India Tour Of Bangladesh (November-December): 2 Tests and 3 ODIs Venues and dates not yet announced.

* Schedules and fixtures are subject to change.