Flick takes charge of his first national squad as Germany prepare for their upcoming World Cup qualifiers against Lichtenstein, Armenia and Iceland 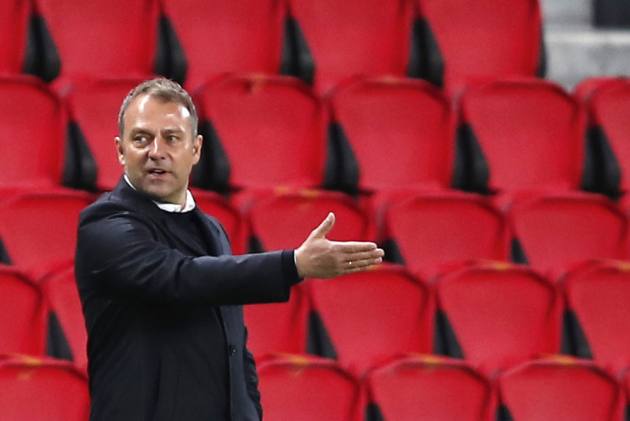 Hansi Flick has the backing of Bayern Munich and Germany legends past and present as he begins his life as the new national coach, with Thomas Muller stating there is a 'certain euphoria' surrounding the squad since Flick replaced Joachim Low earlier this month. (More Football News)

Flick takes charge of his first national squad as Germany prepare for their upcoming World Cup qualifiers against Lichtenstein, Armenia and Iceland.

Flick was Low's assistant when Germany won the 2014 World Cup in Brazil and former national players are optimistic that the 56-year-old can improve the side that lost in the last 16 at Euro 2020 to England.

Mueller and goalkeeper Manuel Neuer know Flick well, having spent 18 months under his charge at Bayern Munich - in that time the German powerhouse won two Bundesliga titles and a UEFA Champions League as part of an incredible seven-trophy haul.