Hanuma Vihari has scored 624 runs in 12 Tests for India at an average of 32 plus, including a hundred and four half-centuries 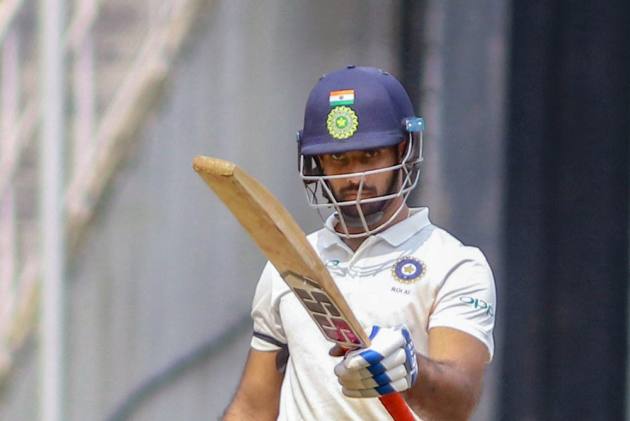 Warwickshire have completed the signing of Hanuma Vihari and the English county side on Thursday said the India all-rounder is likely to feature in the early part of the championship, after undergoing six days of quarantine. (More Cricket News)

Warwickshire is hopeful of the Indian playing in next week's match against Nottinghamshire.

"Hanuma will arrive in the UK this afternoon," said Warwickshire's director of cricket Paul Farbrace in a press release.

"We hope that this gives time for him to do his six days quarantine and to feature in next week's game versus Nottinghamshire at Trent Bridge, subject to receiving negative COVID tests."

Vihari was signed up by Warwickshire as cover for Pieter Malan after the South African faced difficulties in obtaining a visa due to travel restrictions imposed in view of the raging COVID-10 pandemic.

"We're also very grateful to Hanuma for stepping in at such short notice to cover Pieter Malan whilst we await confirmation of visa and his safe entry to the UK from South Africa."

The 27-year-old has scored 624 runs in 12 Tests for India at an average of 32 plus, including striking a hundred and four half centuries.

Vihari's last India outing was in the Sydney Test against Australia, where his epic four-hour vigil (23 not out), with a torn hamstring alongside Ravichandran Ashwin, saved the game for the visiting team.

He came back after an intense rehabilitation at the National Cricket Academy (NCA) in Bengaluru but had an indifferent Vijay Hazare Trophy for Andhra, scoring only a single half-century and failing to reach double digits in the next five games.

"He's a high-quality batsman, and an effective off spinner, who has been part of two India Test series victories in Australia. But he also comes to Warwickshire with an outstanding record in the First Class game and our young batsman are going to learn a huge amount from playing and training with someone of Hanuma's calibre."

In first class cricket, Vihari has made 7,094 runs in 90 games, boasting an impressive average of 56.75, while his off spin has earned him 27 wickets.