Hanuma Vihari averaged close to 100 in the just-concluded Test series in the West Indies. The Andhra batsman wants to cement his place in the Indian middle order and eyes a good series against South Africa at home 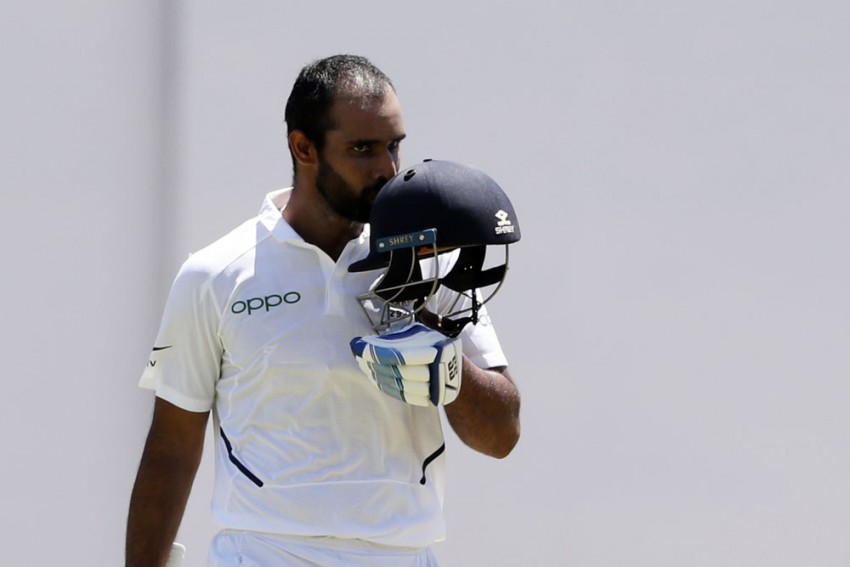 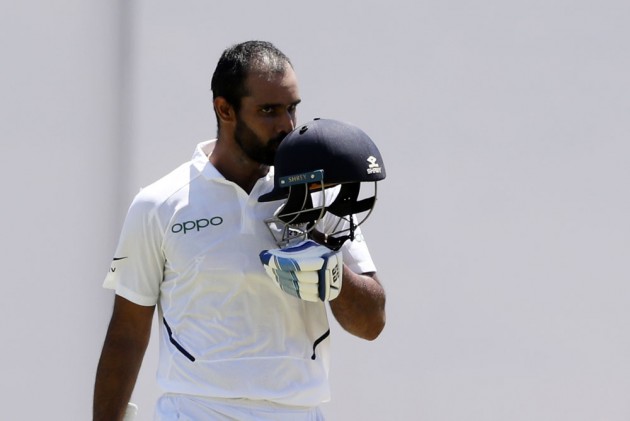 Hanuma Vihari is a quintessential old-school batsman who likes to spend hours at the crease and build his innings, run by run. After solid starts in England and Australia, Vihari finally announced himself in Tests with a wonderful showing in the West Indies -- 289 runs in two Tests at 96.33, with a century and two half-centuries.

Ahead of India’s home series against South Africa, the 25-year-old batsman from Andhra spoke to Outlook.

What does a good series in the Caribbean mean to you?

It feels nice but at the same time, I want to score more. This is just the start of my career. I just want to keep my head down and work hard. I want to represent the country for a long time and that requires consistent performances. The tour of Australia (in 2018) was a good learning curve. I didn't get many runs but managed to create an impression. But I’m really happy I got some good scores in West Indies.

In Antigua Test, India were reeling 93/4 in their first innings. You scored 32 while batting at No. 6 and shared a 82-run stand with Ajinkya Rahane. The partnership proved crucial as the side managed 297. In the second Test, India were 264/6. You hit a century and the team’s total went past 400 (416). How did you handle these tricky situations?

I came here (West Indies) early with India ‘A’ team which helped in understanding the nature of the tracks (pitches). Then it was about making plans accordingly and sticking to them. There’s no looking back. Also, during the Test series, having someone like Ajinkya (Rahane) in the middle was of great help. He kept me in a really good space.

What's the right balance between technique and instinct for a batsman?

Being technical is about breaking the game down and sticking to a particular plan, and then your instinct will kick in at some stage and you need to back it. Technical side of things is about doing something that you have carefully thought about. Even if you fail, it’s fine. Instinct, on the other hand, is thinking at that very moment, at the crease, having a particular feeling. You definitely can’t neglect that, but you need a mix of both.

Except a couple of players like Quinton de Kock and Faf du Plessis, a relatively inexperienced South African side will be touring India. Hashim Amla retired last month, while Dale Steyn is available only for shorter formats. Advantage India?

Honestly, we can’t take any team lightly. I think it will be a fair contest. We are the No. 1 team in the world at the moment. We would like to maintain that, the way we played our cricket in 2018, we would like to repeat the same thing in 2019. The aim is to not lose out on the ICC Test Championship points.

ALSO READ: I Treat Every Test As My Last: Hanuma Vihari Reveals His Secret To Success

How do you prepare for a bowler like Kagiso Rabada?

Almost every opposition has a bowler who has that X-Factor. Even in our team, we have the likes of Ishant (Sharma) and (Jasprit) Bumrah who have been performing brilliantly in the last couple of years. Nothing much changes in my preparation. Once I step onto the field, it’s just about watching the ball and playing accordingly. But yes, I have to be tactful against him.

What is it about batting that you love?

I love the thrill. When you are feeling good about something, you just enjoy it. You enjoy that adrenaline. That's what I love about batting: the bowler is running in, it's cloudy and swing is on offer, you are feeling positive and really working well. Sometimes you are not working well and you have to find a way. You could be playing in a game for your state or a friendly. When everything works for you, it feels great.

Has there been any communication from selectors about you being in their ODI plans? You do have a fine List ‘A’ average (46.25) ...

Honestly speaking, I’m not even thinking about it. The idea is to get better with each game and the rest will take care of itself.

US Open 2019: Matteo Berrettini Said Brave Display Vs Rafael Nadal Proved He 'Can Be Really Dangerous'