Rahul Dravid is currently the head coach of the Indian cricket team that is attempting to win its first-ever Test series in South Africa. The third SA vs IND starts Tuesday in Cape Town. 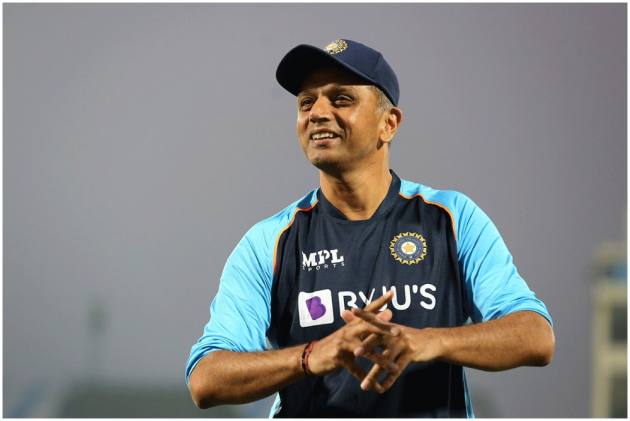 Cricket is treated as a religion in India and when it comes to wishing their favourite stars on their birthdays, the nation is above all. Former India captain and current head coach of the national team Rahul Dravid turned 49 on Tuesday. (More Cricket News)

Dravid, who made his debut in 1996, retired from international cricket in 2012. With more than 24000 runs and close to 50 centuries from 509 international games, Dravid is regarded as one of the legends of the game the country has ever produced.

Following his retirement, Dravid took up coaching in the Indian Premier League (IPL) for Rajasthan Royals in 2017, the franchise he once captained. He also had spells with Delhi Daredevils (now Delhi Capitals) as a mentor in 2016 and 2017.

There is only one Rahul Dravid. pic.twitter.com/5SSyzrVj0c

Dravid was also in charge of the National Cricket Academy as the Director of Cricket Operations in 2019 before being appointed as the head coach of the senior national team last year.

Warm birthday wishes to Rahul Dravid, the man who taught an entire generation the art of perseverance and patience. Watching him go about his business is the best advertisement on how to approach sport as well as life.

Dravid’s teammate once, Dinesh Karthik wished with a hilarious image that is basically a screengrab of a cement advertisement. Dravid’s pupil, Shubman Gill also wished his coach, “A brilliant cricketer, a wonderful human being and a fine coach. Wishing you a very happy birthday Rahul Dravid Sir. May god bless you.”

Happy birthday to the batter who made bowlers feel this ðÂÂÂÂÂÂÂÂÂÂÂÂÂÂÂÂÂÂÂÂÂÂÂÂÂÂÂÂÂÂ#TheWall pic.twitter.com/JJFNgEN68R

Sanchin Tendulkar also posted a throwback picture while wishing Dravid. “A very happy birthday to you Jammy. Wish you the best of health and good luck for the 3rd Test,” he wrote.

A very happy birthday to you Jammy. Wish you the best of health and good luck for the 3rd Test. pic.twitter.com/88Y4vgbyWu

While wishes continue to pour in, Dravid is in his business as usual as India chase history in Cape Town in the third and final Test against South Africa which starts on Tuesday. India have never won a Test series in the Rainbow Nation and they have a very good chance to turn the tables.

"Nice wishes from friends, family. Thanks everyone. It's a good reminder [laughs]," Dravid said while talking with commentator Pommie Mbangwa on the sidelines.

The series is locked at 1-1. India took the lead winning the first game at Centurion while the hosts bounced back winning in Johannesburg.

"Defending sort of 240 in the last innings, you think of it as a pretty good score to chase, but the wicket didn't do as much as we thought it might. Our bowlers, maybe height was a factor. South Africa came out there and batted really well in the second innings, played smartly. We had to come and bowl a bit with the wet ball, which wasn't ideal but credit to South Africa. It's been a close series, won the first game, tough fight in the second, so really excited for this one.

At this level, you don't motivate people to play the game. We could've contributed more with the bat in the first innings, in the second, shot-selection could've been better. We've spoken about it, exciting to be in these kinds of games, series. First morning of the first day of the series, we got 272 for 3. That's the kind of batsmanship we've got, we know we can put up good performances. We have got a good balance in our attack. If we put runs on the board, we'll be really competitive," Dravid said about the series.