Virat Kohli turned 33 on Friday. The T20 World Cup 2021 is the last assignment for Kohli as India captain in the shortest format. 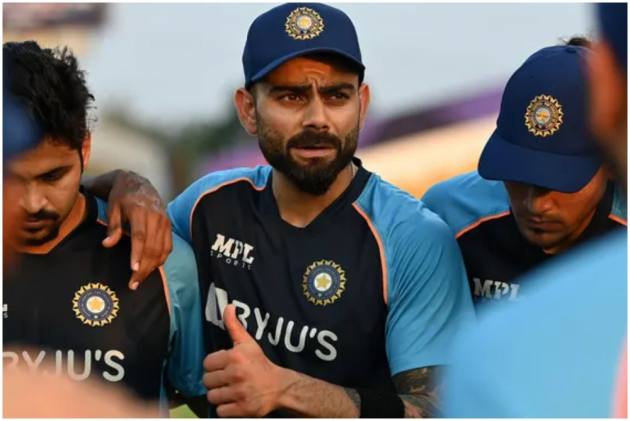 India captain Virat Kohli on Friday turned 33. Hailed as one of the greatest cricketers, Kohli is currently leading the national team in the ICC Men's T20 World Cup 2021 in the UAE. (More Cricket News)

Team India is sitting in the fourth spot with two points and a +0.073 net run rate from three games in Group 2.

India started their T20 World Cup campaign with back-to-back losses against Pakistan and New Zealand respectively before returning to the winning ways with a 66-run victory over Afghanistan.

The Kohli-led team will meet Scotland in a crucial match on Friday. Even though it is expected that India will win their remaining two matches against Scotland and Namibia, the national team still needs favours from above-placed Afghanistan and New Zealand to qualify for the semifinals.

With 23,159 international runs under his belt, Kohli is the most successful Test captain. He was a member of India squads that won the 2011 Cricket World Cup and 2013 Champions Trophy respectively.

His wife Anushka Sharma marked the occasion with an emotional note, praising her "amazing man" for his courage, honesty and guts of steel. They tied the knot in a private ceremony in December 2017.

"Tough times don’t last long, tough people do. A once in a generation player, wishing @imVkohli a very happy birthday and a great year ahead.  #HappyBirthdayViratKohli," Virender Sehwag said.

Tough times don’t last long, tough people do. A once in a generation player , wishing @imVkohli a very happy birthday and a great year ahead. #HappyBirthdayViratKohli pic.twitter.com/a8Ysq9ff9v

World cricketing board ICC and Indian board BCCI too wished Kohli on his birthday.

Will he get a win tonight as a present?#T20WorldCup pic.twitter.com/8aZKj8Lqgn

IPL franchise Royal Challengers Bangalore wished their former skipper too. Kohli stepped down from RCB's captaincy following the conclusion of the second leg of the 2021 IPL in the UAE. He had earlier given up India T20 leadership, saying that the ongoing T20 World Cup would be his last tenure in the shortest format.

RCB shared a video on Twitter along with a post that read "Happy Birthday, @imVkohli! Thank you for everything that you are to RCB, your teammates and to millions of fans around the world. Stay blessed, King!"

Thank you for everything that you are to RCB, your teammates and to millions of fans around the world. Stay blessed, King! ðÂÂÂÂÂÂÂÂÂÂÂÂÂÂÂÂÂÂ#PlayBold #WeAreChallengers #HappyBirthdayViratKohli #ViratKohli pic.twitter.com/d44BrQJFU5