Australia cricketer David Warner with his wife and daughters were seen coming out of a store after buying Christmas essentials before the third Ashes 2021-22 Test match against England. 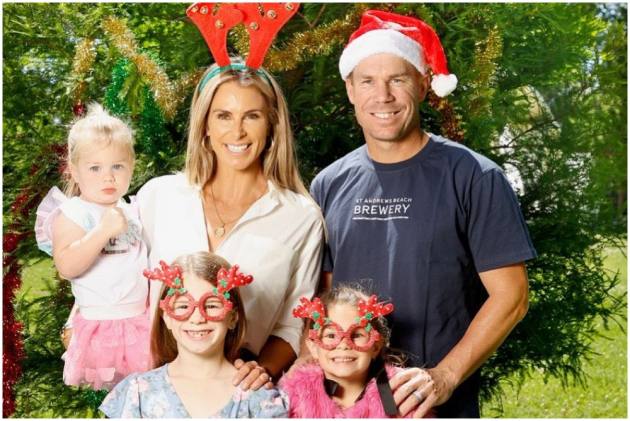 David Warner and his family were seen picking Christmas essentials on Wednesday to put in their hotel suite ahead of the Boxing Day Ashes Test against England. Warner, his wife Candice and their three daughters got snapped up as they come out of the store with David doing the heavy lifting. (More Cricket News)

The 35-year-old former Sunrisers Hyderabad star carried the Christmas tree in a long and narrow box while Candice followed his husband to the family’s hire car. His daughters Ivy Mae, Indi Rae, and Isla looked very excited to get the tree set up and decorated.

Following their shopping, David posted a family picture on Instagram. While David was decked up in a long Santa Clause hat, Candice and his daughters wore fancy headbands and eye wears. He also retweeted a selfie collage on Twitter to mark the occasion.

Meanwhile, Australia head into the Boxing day Test at MCG with a 2-0 lead in the Ashes 2021-22 series. Australia defeated England by nine wickets in Brisbane. The hosts then thumped England by 275 runs in the day-night pink-ball Test match in Adelaide.

Australia skipper Pat Cummins is back for the third Test after the second Test match for coming in contact with a Covid-19 positive person. Michael Neser, who made his Australia debut in Adelaide will make way for Cummins. Australia have also handed Scott Boland debut at the MCG.