While everyone is busy greeting their friends, Happy Friendship Day, why don't we take a look at the top five friendships in sports across the world. 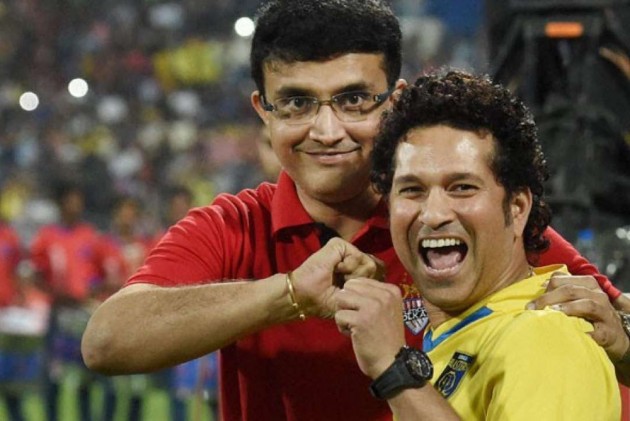 Happy Friendship Day folks! What originally was started just for greeting cards in 1958, has slowly and gradually evolved into something bigger due to the internet and social media. Friendship Day occurs on different dates in different countries. But in some countries like India, it happens on the first Sunday of August every year.

While everyone is busy greeting their friends, why don't we take a look at the top five friendships in sports across the world:

The Sri Lankan duo ruled world cricket for quite sometime, and formed one of the most dangerous batsmen pairings in cricket history.

Their love for cricket bought them closer, as they looked for each other for pieces of advice and tips. As they were a part of their national team together for many years, they slowly became partners-in-crime, be it on the pitch or in the dressing room.

Spanning years of rivalry, Federer and Nadal have ruled world tennis for quite sometime. Although they are rivals on the court, the two personalities are great friends off it.

It is worth noting that Federer was invited as a special guest when Nadal opened a tennis academy in 2016. Also, on occasions like joint-interviews, their budding friendship is very visible. It is also known that Federer credits Nadal as the most inspiring and influential person he has met in his life.

The Barcelona duo formed one of the greatest midfield partnerships, world football ever saw. The Spaniards won everything possible; FIFA World Cup, two UEFA Euros, multiple LaLigas and much more.

Off the field too, both are known to be best friends partly due to being part of the same academy, La Masia.

Magic Johnson and Larry were college basketball rivals. Throughout the 1980s, they played against each other for NBA titles.

It was only when both were invited for a shoe commercial, that a blossoming friendship started. Earlier, Johnson thought Larry was overrated, meanwhile, the latter thought that the former was a showoff. The commercial bought them together and they remain friends to this day.

The duo are known to share a special bond. Having opened for India together for many years, Ganguly and Tendulkar carried their on-field partnership to other spaces too, and are best of friends.

It is reported that Sachin even supported Ganguly when he had a fall-out with former head coach Greg Chappell.

From their youth days, they have known each other right till their senior time with the national team.