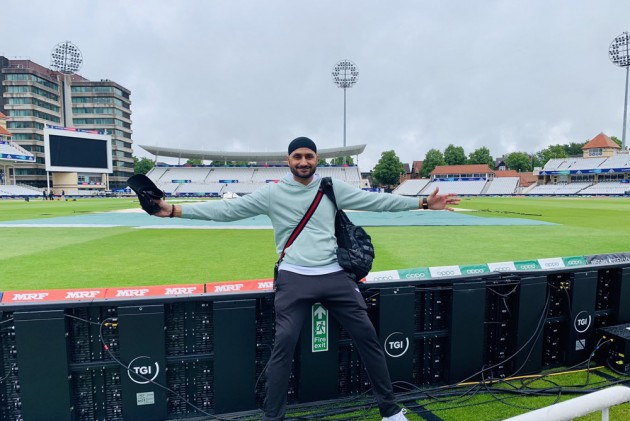 With the Indo-Pak clash beckoning soon (June 16), let's take a walk down memory lane. Call it pressure of high-voltage clash between India and Pakistan that once Harbhajan Singh and Mohammed Yousuf were ready to tear into each other with forks in their hands during the 2003 World Cup in South Africa.

The Indian off-spinner laughed about the incident, which happened 16 years back at Centurion, but admitted that it got so ugly at that time that it required intervention from legendary Wasim Akram, Rahul Dravid and Javagal Srinath to separate them.

The match will forever be remembered for Sachin Tendulkar's epic 98 but it also had two angry protagonists in action, though, off the field.

Since Pakistan made 270 plus, considered a good score at that time, there was a bit of pressure on India before the chase started.

So what exactly happened?

"It started with a joke but then got ugly. I was dropped for that game and Anil bhai (Kumble) was playing because team management felt he was a better choice keeping in mind his good record against Pakistan. I was a bit down and it can happen when you aren't in the XI," Harbhajan told PTI during a chat.

"During the lunch time, I was sitting at one table and Yousuf and Shoaib Akhtar were at the other table right across in the common area.

ALSO READ: India Vs Pakistan In Cricket World Cup: How Effective Mohammad Amir Has Been Against Virat Kohli's Team?

"We both speak Punjabi and suddenly while we were pulling each other's legs he first made a personal comment and then remarked about my religion," said Harbhajan.

"I gave him a fitting reply. Before anyone realised we both had fork in our hands and got up from our chairs ready to attack each other," he laughed.

But things weren't as humorous when it happened.

"Rahul (Dravid) and Sri (Javagal Srinath) stopped me while Wasim bhai and Saeed bhai took Yousuf away. The seniors in both sides were irritated and we were told that this is not the right behaviour."

"It's 16 years now. Now when I meet Yousuf, we both have a good laugh about it."

Harbhajan, one of the finest spinners the country has seen, further said that pressure was immense during the 2011 World Cup semi-final.

He had played a big role in Mohali with crucial breakthroughs.

"That match was different. People thought now is the time Law of Averages will catch up. Mohali is my home ground and everyone wanted us to just win, fans, the media, the hype was insane," he recalled.

Indian cricketers have always shared a cordial relationship with their Pakistani counterparts as Shahid Afridi mentioned in his book.

Harbhajan said indeed there are friendships off the field but on the field it's the rivalry which drives the players from both the sides.

"I have good friendship with Shahid and Shoaib (Akhtar). We have hung out together, had meals. We spoke the same language, our preference of food, music lot of things are common.

"But yes, once you cross that boundary rope, friendship does take a back seat," he signed off.