The England squad for the Nations League fixtures in September includes Harry Maguire, who was on trial in Greece on Tuesday 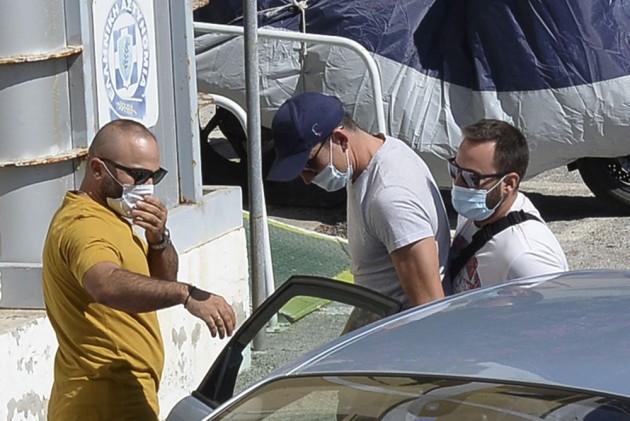 Harry Maguire has been included in the England squad to face Iceland and Denmark in the Nations League next month. (More Football News)

Manchester United captain Maguire was on trial on the Greek island of Syros on Tuesday, following his alleged part in an incident involving police while on holiday in Mykonos.

The 27-year-old spent last Thursday and Friday night in custody and denies all charges.

Maguire has established himself as Gareth Southgate's premier centre-back and was a key pillar in the England side that progressed to the semi-finals of the 2018 World Cup in Russia, scoring in the 2-0 quarter-final win over Sweden.

Sterling attended Usain Bolt's 34th birthday party last Friday, after which the eight-time Olympic champion announced he was self-isolating while awaiting the results of a coronavirus test, encouraging all others who had come into contact with him to go into quarantine.

After handing them their first senior call-ups, Gareth Southgate says it's down to @PhilFoden and @masongreenwood to make the most of their opportunity to forge a place in his thinking for #EURO2020: pic.twitter.com/5UY1ZuuKO2

The last of those came in a tireless showing in the false nine role as City beat Real Madrid 2-1 in the Champions League – the latest demonstration of the 20-year-old's versatility.

Greenwood, 18, scored 17 goals in all competitions in a breakout season for Manchester United, matching the record for a Red Devils teenager in a single campaign held by George Best, Brian Kidd and Wayne Rooney.

Southgate said of Foden and Greenwood: "They've been involved with England in the junior teams so they're used to coming here, they're used to being part of an England team.

"This is a step up for them but they're both more than capable. They've shown, playing in big matches at big clubs that they're talented boys. They're both hugely exiting players.

"I think they'll be part of England's future. This is up to them – we give them the opportunity, it's for them to go and take it forward."

Midfielder Phillips was a key part of the Leeds United squad that earned promotion from the Championship as league winners under Marcelo Bielsa.

After narrowly missing out on the Premier League Golden Boot to Jamie Vardy, Danny Ings is rewarded for his 22-goal campaign with a chance to earn his second cap, almost five years after his England debut.