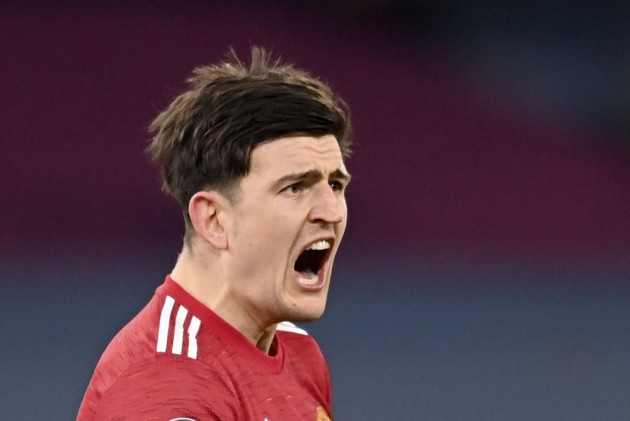 Manchester United captain Harry Maguire paid tribute to the "brilliant" job Ole Gunnar Solskjaer is doing as manager, adamant he has overseen an improvement in their fortunes. (More Football News)

Maguire is in his second season at United, having joined in 2019 in a reported £80million deal, making him the most expensive defender of all time.

Solskjaer guided United back into the Champions League last term, though their third-place finish with 66 points was still seen as somewhat underwhelming given the significant amount of money spent on the team and the fact title-winners Liverpool ended up with 99 points.

Although the Red Devils failed to get out of their Champions League group, with Paris Saint-Germain and RB Leipzig going through instead, United do look likely to improve significantly on their haul of 66 points – after 28 Premier League games, they have 54 following the weekend win over leaders Manchester City.

That 2-0 victory probably came too late in the season to do any real damage to City's march towards the title, with Pep Guardiola's men still 11 clear at the summit, but Maguire believes there are clear signs of progress under the Norwegian.

"We have a great relationship," Maguire told UEFA about Solskjaer ahead of Thursday's Europa League last-16 first leg visit of Milan.

"I feel he's done brilliantly – he's cool, calm, but he's also got the side of him where he can turn when he needs to and when the players need a little telling-off.

Next up... AC Milan on Thursday. #UEL pic.twitter.com/QKWxlOXKUA

"We're close. We speak a lot before training, before games. I give my ideas to him and how I feel the group is and the mentality of the group and what we can improve on and where we can go as a club, and he's exactly the same.

"The mentality has changed. We're more consistent now. Obviously, it was disappointing to get knocked out in the Champions League, but we've found ourselves in a position in the Premier League where now we've got to kick on."

United are in the knockout phase of the Europa League for the second successive season – in 2019-20 they made it to the semi-finals but were beaten by Sevilla.

The omens are not great for United this time around, either – they have been eliminated from four of their five knockout ties with Milan, with no team knocking them out of European competitions more often.

Nevertheless, Milan's recent record in the last 16 of European tournaments is poor, being defeated at this stage in six of seven previous occasions they have gone this far into a continental competition.