Hashim Amla showed some of the form of old as he and captain Faf du Plessis saw South Africa home vs Sri Lanka at Durham. 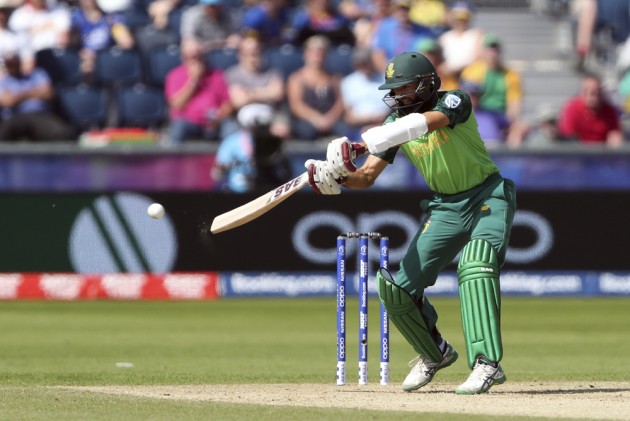 South Africa would love the chance to start this World Cup all over again, but they will have to console themselves with a Hashim Amla throwback instead. The South African great rolled back the years with a masterclass in Durham on Friday as his side completed a routine nine-wicket win over Sri Lanka.

For what might be the final time at an ICC Cricket World Cup – Amla laid the platform for a Proteas side that, while already eliminated, are clearly determined to finish with a flourish. In truth, it has not been a World Cup to remember for South Africa or indeed Amla who was roughed up by Jofra Archer in the tournament curtain-raiser and has struggled ever since.

One fifty against New Zealand at Edgbaston was all the right-hander had to show for his efforts before his arrival in the northeast.

But at Chester-le-Street, in an enthralling duel with another old master in Lasith Malinga, Hashim Amla served up a timely reminder of his talents to an English audience.

He set his stall out early, a delightful clip off his legs through midwicket and push through point both whistled to the rope in the first over – classics of the Amla oeuvre.

He also looked composed against the short ball in a way that he hasn’t in recent weeks as Malinga strained every sinew to try and keep Sri Lanka’s semi-final hopes afloat.

Quinton de Kock was yorked with a peach in the first powerplay but Amla continued on his serene way.

The fluidity and freedom of old had returned and on a spongy wicket that yielded few boundaries all day – Amla had all the time in the world to pick his spots. His half-century, the 39th of an all-time great ODI career, duly arrived off 56 balls and – although Malinga returned with a hailstorm of yorkers – Amla and captain Faf du Plessis dug them out to keep the Proteas rolling to the finish line.

Granted a reprieve on review, when on 68, Amla was almost up the stairs on his way to the pavilion before ambling back out to the middle with a smile on his face to finish the job.

Du Plessis quickened the tempo as the target neared – catching and then overtaking Amla who was content to play the anchoring role he has made his own since his ODI debut back in 2008.

Victory was soon theirs – with a whopping 11 overs to spare – Amla and du Plessis both running out of time to score the first South African century of the tournament.

And while a second win of the tournament will not heal the Proteas pain of what has come before, it is a start from which to build some optimism moving forward.

Amla and du Plessis might represent the best of South Africa’s past – but undoubtedly the future belongs to Kagiso Rabada.

THE FUTURE OF SA

The 24-year-old was back to his snarling best with the ball to set up South Africa’s cruise to victory.

With the very first ball of the match he rushed Dimuth Karunaratne with a short ball that was gloved to gully and – having plucked the jewel from Sri Lanka’s crown – it was largely smooth sailing from there.

Rabada returned at the death to pick up a second scalp but in between it was the recalled Dwaine Pretorius who really impressed.

The all-rounder – left out of the Proteas side since that defeat to England a month ago at the Oval – proved worthy of his recall for Lungi Ngidi with three wickets.

But even more impressive than his scalps was the economy rate – ten overs for only 25 runs is the most frugal effort of this World Cup and the sort of numbers to make a qualified accountant like Pretorius very happy.

The re-building will begin in earnest for South Africa after this World Cup – and Rabada and Pretorius should be central to those plans.