A scuffle between Kashmiri, UP, Bihar students at a Punjab institute shows how emotionally draining an India vs Pakistan encounter can be. 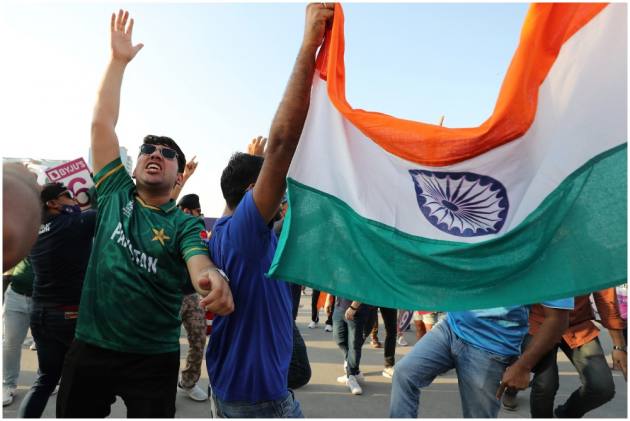 While most fans are happy to accept the result of a contest, there are exceptions. And these emotionally super-charged people, whose ill thoughts sometimes cross all limits, spoil harmony and the general camaraderie that sports usually generates.

Some politicians wanted the ICC Men's T20 World Cup between India vs Pakistan match in Dubai on Sunday to be cancelled because Pakistan were allegedly fuelling cross-border terrorism in Jammu and Kashmir. It did not evoke any response from the International Cricket Council, and rightly so.

India and Pakistan don't play bilateral cricket since 2012-13. This is largely due to political reasons. India and Pakistan only clash in World Cups and the Asia Cup and almost always, the sub-continental giants are in the same group.

ICC makes the fixtures in such a way that India must clash with Pakistan at least once, if not twice as it happened in the 2017 ICC Champions Trophy where India won in Edgbaston but lost the final match at The Oval. In the UK, fans are more tolerant. Yes, they may wear shirts or carry placards that may be provocative, but largely, fans maintain their sanity.

In a jam-packed Dubai stadium, Indian and Pakistan fans were well-behaved and enjoyed the match where Babar Azam's men thoroughly outplayed Virat Kohli's team. The players themselves showed a lot of warmth and respect for each other and before the start of the India vs Pakistan match, even showed solidarity with the Black Lives Matter movement.

However, in Punjab's Sangrur district, a scuffle broke out between Kashmiri students and those from Uttar Pradesh and Bihar at an engineering institute after India lost. The incident took place after some slogans were raised after the match, said the police.

Some students hailing from Kashmir and others belonging to UP and Bihar were watching the match in their respective rooms at Bhai Gurdas Institute of Engineering and Technology in Sangrur. Heated exchanges also took place between the students after the match.

These are the leading businessmen, retired senior bureaucrats, & ruling party spokesperson of India, who are copy-pasting tweets to demean Pakistan when #indiaVsPakistan cricket match is being played. Why so much inferiority complex? pic.twitter.com/7yc17ElFNg

Meanwhile, a video has surfaced on social media purportedly showing a Kashmiri student alleging that some students from Uttar Pradesh barged into their room.

"We were watching the match here and some students from Uttar Pradesh forcibly came inside. We are here to study,” alleged the student while showing damage to his room in the video.

Such unwarranted incidents are very few in numbers but get wide publicity.

However, Pakistan painted a very happy face after their first win in a World Cup against India.

In Karachi, fans blared car horns and set off firecrackers. The India vs Pakistan match was shown on big screens at many public spots and hotels after COVID-19 restrictions were relaxed. 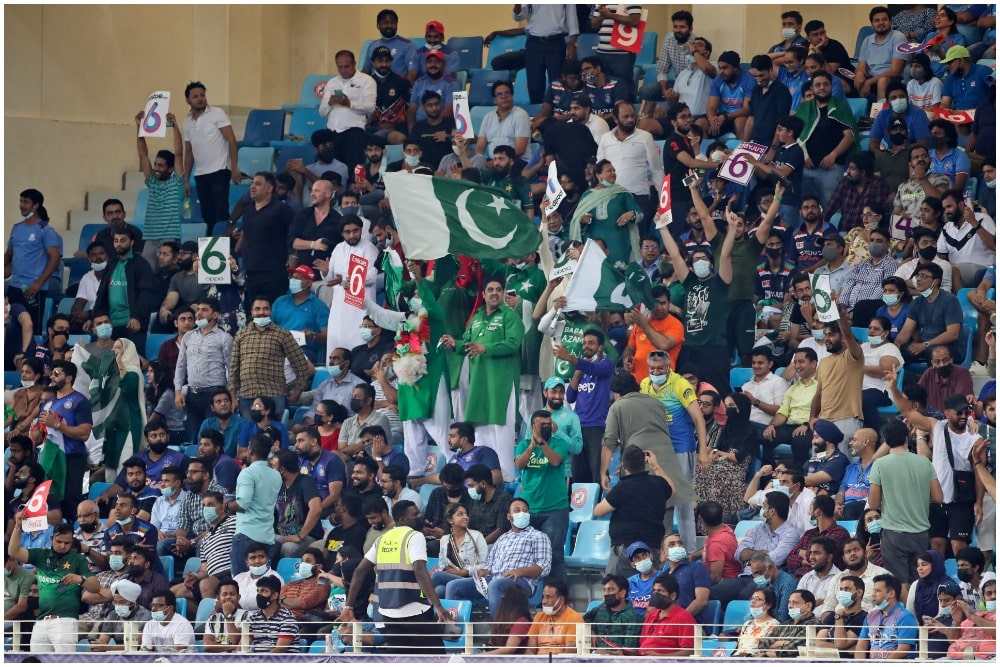 Farhan, a university student, had driven down to the sea-view beach area soon after the match to celebrate the victory as loud music and patriotic songs played from stereo decks in many cars. Police had a tough time controlling traffic.

Many fans had Pakistani flags waving from the windows of their cars.

"It is not just the fact that we have beaten India for the first time in a World Cup after so many attempts but the way we did it that is something to cherish," Farhan said.

One could also hear people cheer loudly from apartment buildings and houses in the upscale Clifton and Defence areas.