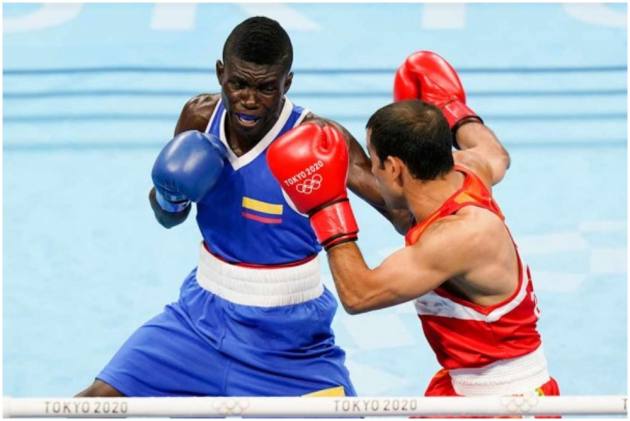 Boxers will compete in head guards during the men’s National Championship scheduled to start on September 15 and the gold medallists from the event will qualify for the World Championships to be held next month in Belgrade, Serbia. (More Sports News)

The Nationals, which could not be held last year because of the COVID-19 pandemic, will be staged at the Inspire Institute of Sports in Bellary, Karnataka and the top two in each category will make automatic cuts for the national camp.

“The gold medallists will qualify for the World Championships. The Nationals will be followed by an Open Championship and the top two from there will also be added to the camp,” Boxing Federation of India (BFI) Secretary-General Hemanta Kalita said after an executive committee meeting.

“Head guards will be back as was proposed because we don't want to risk major cuts given the very little time in hand for the World Championships,” he added. The world event will be held from October 26 and it would be the first major international competitive outing for the Indian boxers after the Tokyo Olympics.

Men’s amateur boxing did away with head guards in 2013 when the AIBA medical commission, after a research study, concluded that removing the gear ‘may reduce the already small risk of acute brain injury in amateur boxing’.

The country’s Tokyo Olympics-returned boxers will also have to compete and claim gold at the Nationals to be eligible for the global showpiece. Amit Panghal (52kg), Manish Kaushik (63kg), Vikas Krishan (69kg), Ashish Chaudhary (75kg) and Satish Kumar (+91kg) had competed at the Tokyo Olympics.

However, Vikas is currently out of action, as he is nursing a shoulder injury that needed to be operated on. “The Olympians have to compete and win gold at Nationals to be eligible for the world championship. There is no exemption. The dates and venue for the Open Championship will be announced later,” he added.

“Immediately after the Nationals, we will have trial bouts on September 22 and 23 between this year’s bronze winners and last edition’s top three to decide additional boxers for the national camp,” Kalita said. The National Championship will have new weight categories introduced by the International Boxing Association (AIBA) in July.

The AIBA research had concluded that head guards can increase the risk of blows to the head because the padding around the eyes limits the boxer’s vision. On the flip-side, the absence of head guards has contributed to an increased rate of cuts.

To this, the AIBA study had stated that ‘as boxers become more experienced and acclimated’ to boxing without head guards and coaches change their style in view of the new rule, the rate of cuts will be reduced to previous historic levels. The head guards were made mandatory in 1984 by AIBA before being dumped in 2013.

The tournament in Bellary will require boxers, participating officials and support staff to present a negative RT-PCR test report obtained 72 hours before landing at the competition. The boxers’ temperatures will also be checked on arrival.