'He's Off The Christmas Card And Present List': Stuart Broad After Father Chris Fined Him 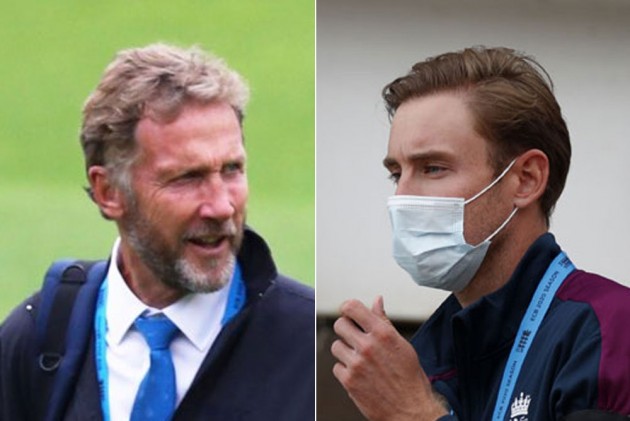 Stuart Broad has been fined 15 per cent of his match fee after his father, the match referee for the first Test against Pakistan, sanctioned him for giving Yasir Shah a send-off.

The fast bowler was found to have used "inappropriate language" after dismissing Yasir in the 46th over of Pakistan's second innings at Old Trafford.

Broad was deemed to have violated article 2.5 of the International Cricket Council's code of conduct and was also given a demerit point for his third offence in a 24-month period.

His father, the former England opener Chris Broad, is the match referee for all six Tests of England's series with West Indies and Pakistan, with the ICC having decided to use home officials due to travel restrictions brought on by the coronavirus pandemic.

Broad junior responded to news of the sanction by writing on Twitter: "He's off the Christmas card & present list."

England won the first Test in Manchester by three wickets, with the second due to start on Thursday.