More than 22,000 runs were scored across the 48 matches at the ICC Men’s Cricket World Cup 2019. England beat New Zealand after a Super Over in a nail-biting final at Lord’s. 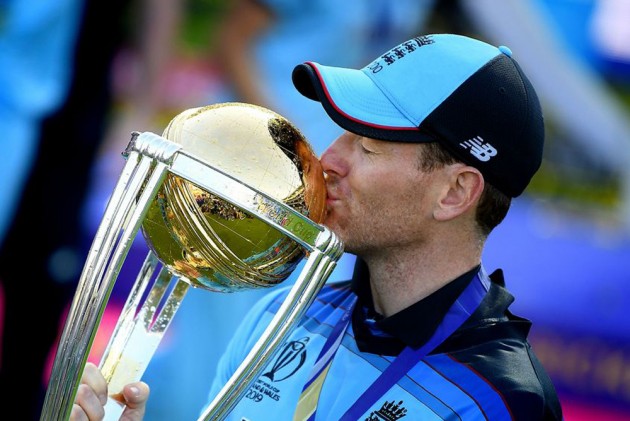 When we come to reflect on the 2019 ICC Men’s Cricket World Cup in years to come, that fantastic final at Lord’s will forever be the starting point.

Of course there were 47 magnificent matches before that, but it came to a head in north-west London on a sunny Sunday as England and New Zealand tied over 50 overs, tied again in the Super Over and the hosts eventually made history on a tiebreak.

It came down to that fine a margin, after seven weeks, 48 games, across 11 grounds with over 22 thousand runs scored.

It was a game that will probably be remembered as the greatest of all time, with more twists and turns than any Hollywood writer could ever have scripted.

So before we dig into the rest of the tournament, it only seems right to dwell one last time on that ridiculous finale.

England’s winning captain Eoin Morgan: “To me and to the team, and everybody who has been involved over the last four years, it means absolutely everything and the planning, the hard work, the dedication, the commitment and the little bit of luck today really did get us over the line.

“It's been an absolutely incredible journey to everybody around the country and around the world who has followed us and supported us, thank you so much. It's been phenomenal. 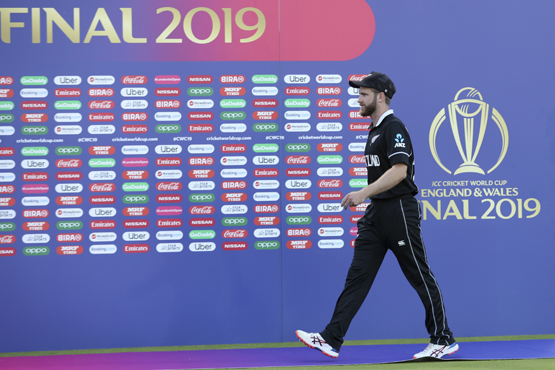 Losing captain Kane Williamson was also declared as the Player of the Tournament. AP Photo

Beaten finalists New Zealand, who were also runners-up four years ago, remained classy to the end. Skipper Kane Williamson: “Someone had to walk away with the title and we're gutted that it's not us. England had a very good campaign and they deserve the victory.”

But before that final there were so many moments to savour in a tournament that captured the hearts and minds of billions all over the globe.

It was all the way back in May that England downed South Africa in the tournament’s curtain raiser at the Oval.

Since then, there have been knife-edge moments everywhere you look.

Think back to the West Indies, conquerors of Pakistan in their opening game who then had Australia in all sorts of strife at 79-5 at Trent Bridge in their second.

They let the Aussies off the hook in that game and also came within a whisker of downing the Black Caps at Old Trafford, Carlos Brathwaite’s monster knock falling just a metre short.

In between those two heartbreaks for the Caribbean outfit, Sri Lanka produced a stunning upset in Leeds, downing the hosts England thanks to another Lasith Malinga masterclass.

And a word too for Pakistan, they beat both of the eventual finalists in the group stages, and unearthed two of the game’s shining stars of both the present and the future in Babar Azam and Shaheen Afridi. 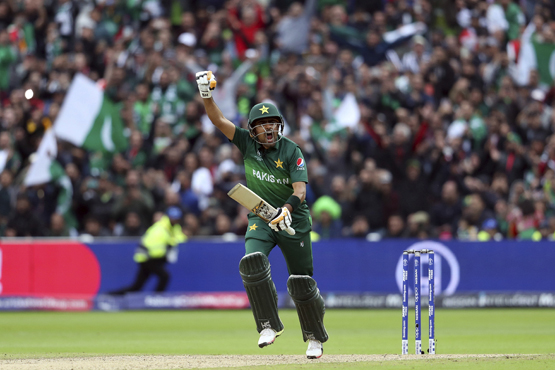 Babar Azam proved his potential in the tournament and could have a huge impact on Pakistan's cricket in the coming years. AP Photo

They looked a team of destiny, echoing the exploits of their compatriots back in 1992, but in the end they left themselves just too much to do after a slow start and missed out on the semi-finals.

Bangladesh ended up down in eighth in the final standings, but in Shakib Al Hasan they had the tournament’s class act in the group stages.

The all-rounder recently promoted himself in their batting order to No.3 – and it proved a masterstroke.

He batted eight times in this tournament and passed fifty all but once. His worst effort was a run-a-ball 41 against Australia, elsewhere he smashed two tons against England and West Indies and five other fifties. Absurd consistency and even more ridiculous when you consider he also took 11 wickets with his left arm orthodox, including a fine five-for to rip through Afghanistan’s top order. 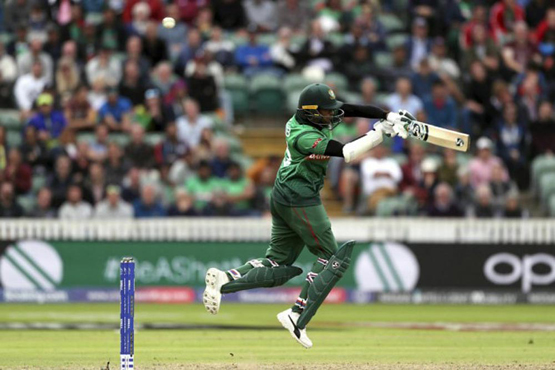 A word too for Mitchell Starc, the left-armer who claimed 27 wickets at this World Cup.

No man has ever finished with that many in a single tournament, and considering he also topped the charts four years ago, Starc is building himself quite the international CV.

His inswinging yorker to dismiss Ben Stokes at Lord’s was probably the ball of the tournament as well.

Stokes was another key protagonist in this World Cup, man of the match in England’s first and last games and a model of consistency in between.

But the main man was undoubtedly Player of the Tournament Williamson.

No captain has ever scored as many runs at a World Cup as the Black Caps leader did in 2019.

Time and again he had to put in a shift for his side, scoring almost 30% of their runs all tournament while also leading by example in the field.

His captaincy of a lethal bowling attack was equally important in their run to the final – but it was his whitty one-liners and moving modesty that earned him a standing ovation in his last press conference.

His final answer said it all: “Everybody is allowed to be themselves. That is a good thing about the world. And everybody should be a little bit different as well… just be yourself and try and enjoy what you do.”

We could pick an entire shortlist for this from the final.

Jos Buttler’s ramp to fine leg, Martin Guptill’s uppercut, and Stokes and Jimmy Neesham’s brutal heaves into the Mound Stand at the death.

But there was a whole tournament of shots that came before the showpiece that deserve mention.

Rohit Sharma hit sixes with an almost apologetic aggression to the tune of a world record five centuries. 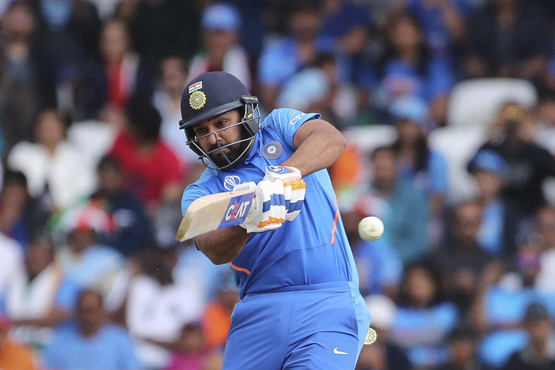 Rohit Sharma was on a different level in the Cricket World Cup. AP Photo

Or you could pick any one of skipper Morgan’s 17 maximums that peppered Old Trafford in his century against Afghanistan.

The Williamson glide to third man is also a thing of beauty, that four in the penultimate over to see off South Africa at Edgbaston will live long in the memory.

But as an exemplar of how England have risen to the top of the world, it is hard to look past Jason Roy’s brutalisation of Steve Smith in the semi-final.

Australia needed a wicket, and more in desperation than hope Aaron Finch tossed the ball to Smith for an over of his now part-time leg spin.

Roy belted the first two for sixes down the ground, but he didn’t connect properly with either as they limped over the rope.

The third one however, was a peach. That gunshot sound off the bat told you everything. You could have closed your eyes and you would have still known he had pummelled it into the top tier of the main stand.

Anecdotally, it would appear that Roy is the first professional to send a six up there since the main stand was remodelled.

It was a perfect encapsulation of how this England team have broken new ground in this format.

And to do it to the old enemy Australia, the defending champions, rammed home the changing of the guard.

CATCH OF THE DAY

New Zealand’s fielding has earned them praise throughout this tournament, and rightly so.

In the final alone, Lockie Ferguson and Tim Southee both produced stunning catches in the outfield to put them on path to what looked like a probable victory.

Then in the semi-final, Jimmy Neesham’s screamer in the gully was a thing of beauty, and what about the great Guptill?

The run out of MS Dhoni was one thing, but don’t forget his grab at leg slip off a full-blooded Steve Smith pull shot at Lord’s in the group stages. 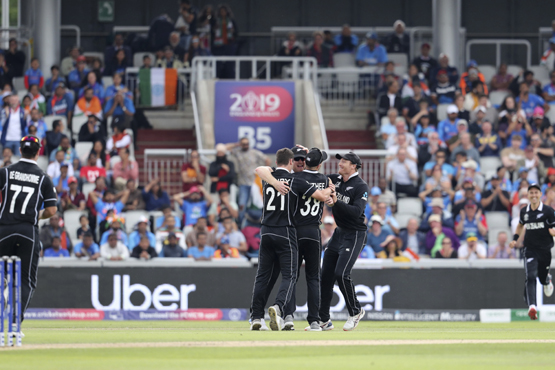 Really, New Zealand should have their own category here. Trent Boult dancing with the boundary rope at Old Trafford before coming unstuck in a similar situation at Lord’s also springs to mind.

But Sheldon Cottrell’s tightrope walking effort at Trent Bridge, also to get rid of Smith, was full of fancy footwork too.

And what about Chris Woakes’ full stretch effort, stopping half a roll short of the rope on his home ground of Edgbaston to slow India’s chase.

And then, of course, there is Stokes. The man of the moment, the hero of Lord’s and the man who fired the starter’s gun on this competition seven weeks ago at the Oval.

His stunning boundary rope catch, at full stretch and fully airborne as he threw up the wrong hand and the ball somehow stuck sent this tournament into orbit. It has stayed there ever since.

This was a World Cup that shattered audience records.

From social media to the fanzones and in the grounds, the whole world came to England and marvelled at the mastery of the ten best countries in the world.

There was much to admire the other side of the rope, Rihanna cheering on the West Indies in defeat to Sri Lanka in Durham was a pinch-yourself moment. 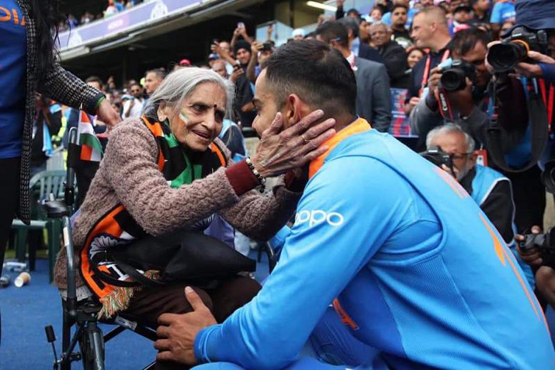 Fans of every nation turned out in droves and painted the streets of England with all the colours of the rainbow.