Here's a look at the career highlights of India's most successful captain, MS Dhoni, who led the country to two World Cup trophies 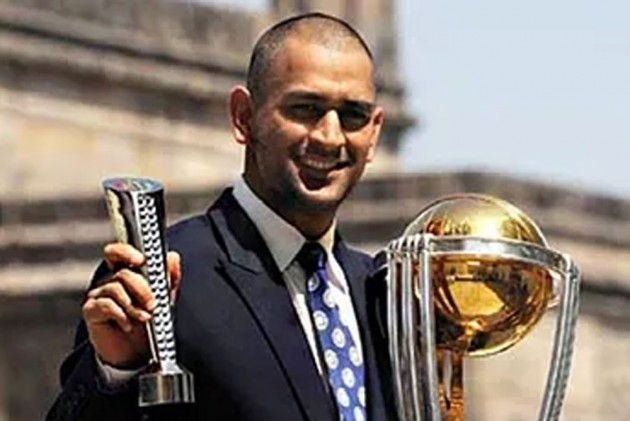 As Mahendra Singh Dhoni bids adieu to international cricket on Saturday (August 15), here is a look at the career highlights of India's most successful captain, who led the country to two World Cup trophies. (More Cricket News)

December 2004: Dhoni makes his international debut against Bangladesh in an ODI at Chittagong.

October 2005: Promoted up the order to accelerate scoring, Dhoni smashes an unbeaten 183 off 145 balls, the then-record of the highest individual score in ODI cricket in the second innings. Dhoni also wins Man of the Series award after India's 3-0 triumph in the five-match rubber.

September 2007: Dhoni takes over the reins of ODI captaincy from Rahul Dravid.

September 2007: Dhoni equals Adam Gilchrist's international record for most dismissals (6) in an innings in ODIs. Dhoni also becomes captain of the Indian squad for the inaugural ICC World Twenty20 in South Africa. He leads a young Indian side to victory against Pakistan in the final. He takes the risk of picking an inexperienced pacer Joginder Sharma instead of Harbhajan Singh to bowl the last over that eventually pays off.

November 2008: Dhoni makes his debut as full-time Test captain of India during the fourth and final Test against Australia at Nagpur, replaces Anil Kumble who was injured in the third Test.

December 2009: Dhoni retains his ICC ODI Player of the year award, becomes the first player to win it twice.

April 2011: Dhoni plays his most memorable match-winning unbeaten knock -- 91 off 79 -- balls against Sri Lanka in the World Cup final to help India lift the trophy after 28 years. He finishes the match with a huge six over long-on off Nuwan Kulasekara and wins the Man of the Match award.

May 2011: With Dhoni as captain, Chennai Super Kings retain the IPL, beat Royal Challengers Banglore by 58 runs in the final in Bengaluru.

February 2013: Dhoni powers his way to his first double hundred in Tests. He scores 224 off 365 balls, most runs by an Indian wicketkeeper in an innings surpassing Budhi Kunderan's 192.

March 2013: Under Dhoni's captaincy, India beats Australia 4-0 at home for the first time in a Test series.