India will also field teams in the men's 4x400m and women's 4x400m relays in Chorzow, Silesia, in Poland. 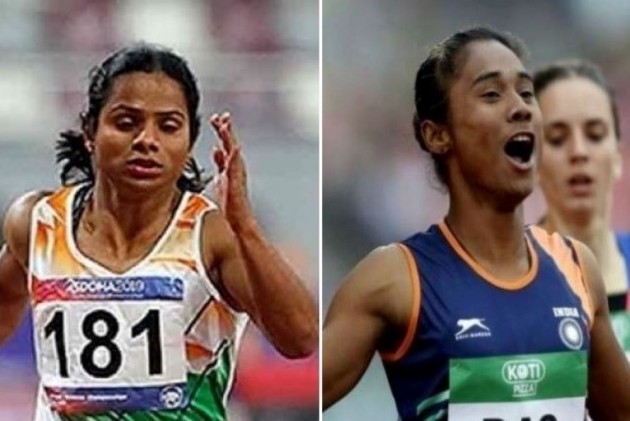 Star sprinter Hima Das and national record holder Dutee Chand were on Tuesday named in the Indian women's 4x100m team for the World Athletics Relays, an Olympic qualification event, to be held in Poland on May 1 and 2. (More Sports News)

India will also field teams in the men's 4x400m and women's 4x400m relays in Chorzow, Silesia, in Poland. The top eight teams from the World Athletics Relays will automatically qualify for the Tokyo Olympics.

The Indian mixed 4x400m relay team has already qualified for the Tokyo Olympics after reaching the final during the 2019 World  Championships in Doha.

The AFI named a total of 20 athletes for the World Relays. It will be the first major international event for the Indians sprinters since the Asian Athletics Championships in Doha in April 2019.

"We are excited to get our athletes ready for their first international competition after the Covid-19 induced gap," AFI President Adille Sumariwalla said in a release.

"We were able to organise meets in NIS Patiala in February and March so that our athletes had a feel of competition."

Sumariwalla said the AFI was happy that its focus on women's 100m sprinters in the national camps has paid off.

"With S Dhanalakshmi emerging on the scene in the Federation Cup last month, she and Dutee Chand are two Indian runners who have run sub-11.50s times this season.

"We believe the 4x100m women’s team with Dhanalakshmi, Dutee, Hima Das and Archana Suseendran can come up with a good effort,” he said.