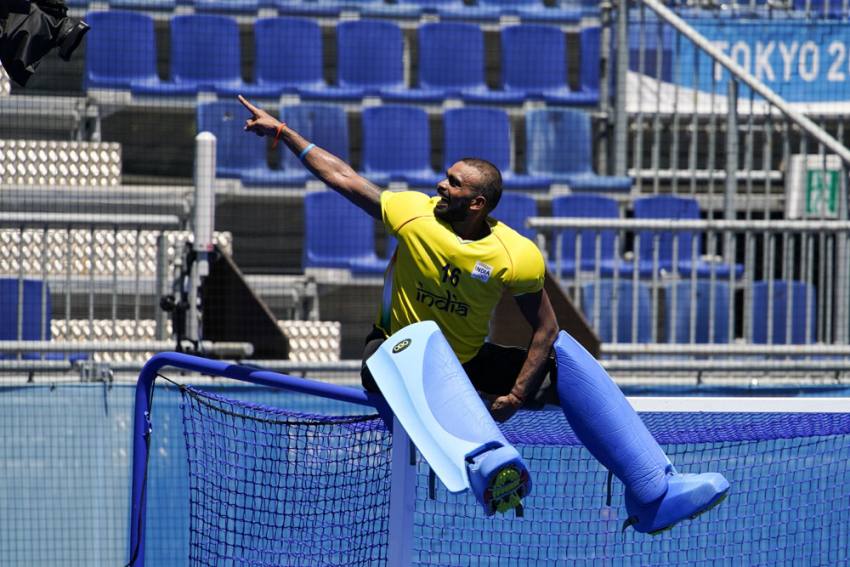 The Indian men's hockey team drag-flicker Harmanpreet Singh and his female counterpart Gurjit Kaur were on Monday nominated for the Player of the Year awards as the country made the short-list of all the categories of FIH Hockey Stars Awards 2020-21 on the back of its stupendous performance in the Tokyo Olympics. (More Sports News)

The Indian men's team head coach Graham Reid and women's team counterpart Sjoerd Marijne were among three nominees for FIH Coach of the Year award for men and women.

Harmanpreet had scored a whopping six goals from eight matches from his drag-flick to help the Indian men's team clinch a historic bronze, its first Olympic medal in 41 years.

Gurjit was also a pivotal member of the Indian women's team that reached the semifinals for the first time before losing to Great Britain in the bronze medal play-off.

The 25-year-old from Punjab had scored the decisive goal from the penalty corner in India's stunning 1-0 win over Australia in the quarterfinals.

Argentine players Agustina Albertarrio and Agustina Gorzelany and Dutchwomen Eva de Goede, Frederique Matla and Maria Verschoor were the others nominated for the FIH Player of the Year for women.

Besides Harmanpreet, Arthur van Doren and Alexander Hendrickx from gold winners Belgium and Jake Whetton, Aran Zalewski and Tim Brand of silver winners Australia were nominated for FIH Player of the Year for men.

Apart from Sreejesh, Vincent Vanasch of Belgium and Andrew Charter of Australia were nominated for Goalkeeper of the Year Award for Men.

Among women, Maddie Hinch of Great Britain and Belen Succi of Argentina were nominated for the Goalkeeper of the Year Award, along with Savita.

India's Sharmila Devi was nominated for FIH Rising Star of the Year Award for women along with Fiona Crackles (Great Britain) and Valentina Raposo (Argentina) while Vivek Prasad was named along with Mustaphaa Cassiem (South Africa) and Sean Findlay (New Zealand) among men.

Reid was nominated along with Shane McLeod (Belgium team) and Colin Batch (Australia) while Sjoerd Marijne was shotlisted along with Alyson Annan (Netherlands team) and Mark Hager (Great Britain team) for their roles in charge of their respective women's teams.

Players, coaches, media and fans can register their votes for the nominees in the respective women’s and men’s player, goalkeeper, rising star and coach of the year categories of FIH Hockey Star Awards from Monday (August 23) to September 15.

Votes from National Associations count for 50 per cent of the overall result. Each NA will be granted two votes per gender, which will come from the national team captain and head coach.

The winners will be announced either next month or early October.

With no Hockey Stars Awards in 2020 due to the impact of the COVID-19 global health pandemic on the international calendar, this year's awards cover the period from January 2020 through to the conclusion of the Tokyo Olympics.

This means that the 2020-21 edition of the FIH Hockey Pro League has been taken into consideration.