Credit of left-arm spinner Aditya Sarwate's success also goes to his mother who stood like a rock after husband was crippled in an accident. She let Aditya pursue cricket 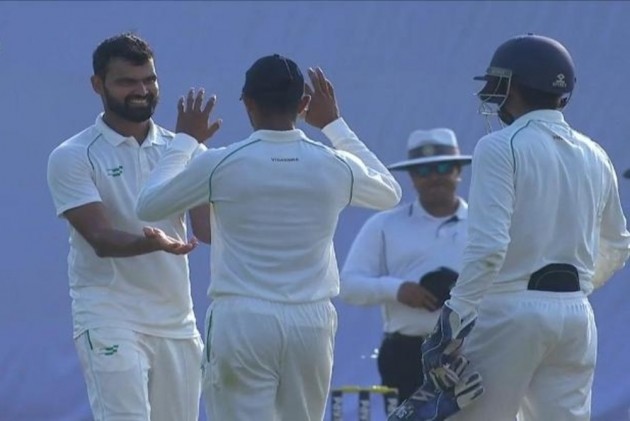 When a person meets a road accident, it often changes the dynamics within his/her family. However, rarely does a mishap change the personality of a kid who is too young to understand the gravity of the tragedy. But exactly the opposite of this happened when the father of incisive left-arm spinner Aditya Sarwate, one of the main architects of Vidarbha’s epochal Ranji Trophy triumphs in 2018 and 2019, met an accident in 1993.

Aditya was just three-years-and-four-month old and asthmatic when his father, Anand, met an accident while riding a cycle in Mumbai. The hit by a water tanker crippled him for life, impacted his speech, and brain as well. But he survived. Since that fateful day, May 11, 1993, Anand has been confined to a wheelchair and speaks extremely slowly, but the brave 60-year-old former cricketer wears a smile. His wife, Anushree, turned out to be braver than him, as she absorbed the blow. She rose to the occasion and took the responsibilities of the household, besides looking after her husband – she has been driving him to hospital six days a week for 17 successive years in their specifically modified Omni – attend her office, daily chores at home, and raise Aditya. Fortunately for her, she received the full support of her compassionate in-laws and, of course, her parents.

Today, a toughened up Anushree is a contented person while Aditya, 30, had grown up to be among the top left-arm spinners of the country. Since making his Ranji debut for Vidarbha in 2015-16, he has hardly gone out of form. He began with a bang, capturing 33 wickets in six first-class matches in his debut season. The next year, he bagged 16 in four. And then bagged 32 and scored 348 crucial runs in seven games in 2017-18 and guided Vidarbha to the Ranji Trophy title for the time ever – unexpectedly and against all odds. He was adjudged the Man of the Match in the final.

As the Faiz Fazal-captained Vidarbha did an encore in the very next season, 2018-19, as if to prove that previous year’s triumph was not a fluke, Aditya was in roaring form, snaring 66 wickets and amassing 383 runs in 13 first-class matches. Of these, 55 wickets – the third highest in the Ranji wicket-takers’ list – and 354 runs, including a century and a half-ton, came in 11 matches of the national championship. In the final against Saurashtra at his home ground in Nagpur, he bagged 11 wickets – including the match-winning six-wicket haul in the second innings -- and hit 49 important runs to win the Man-of-the-Match award. And in the 2019-20 season that ended last month, Sarwate snared 35 wickets and scored 230 runs in 10 first-class matches as Vidarbha failed to complete a hat-trick of Ranji Trophy titles. 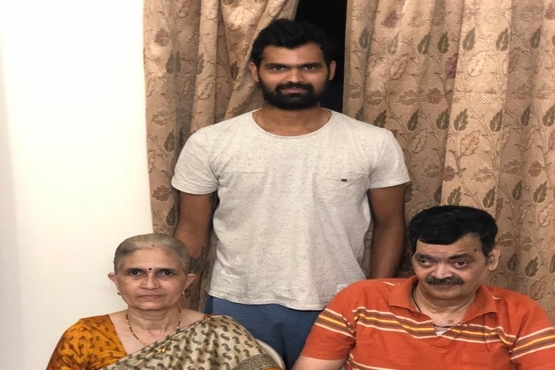 But Aditya’s story is not only about fabulous numbers; it is about the sacrifices his parents have made to keep the family afloat and his crucial contribution to it. Anushree distinctly remembers her days of struggle, and particularly reveals how she saw an unnatural, sudden change in Aditya’s behaviour right from the day Anand was hospitalised in Mumbai in 1993. “Initially, Aditya was a stubborn child and wouldn’t mix with anyone. But from the very day of his father’s accident, I noticed a dramatic change in his behaviour; he suddenly became very social and mature beyond his age – less than three-and-a-half-years. It was God’s gift,” Anushree tells Outlook.

“On the day of my husband’s operation, when my mother-in-law was crying inconsolably, Aditya engaged her by reciting nursery poems to her. Finally, he got tired doing that and went to sleep. He had suddenly become so mature that I was surprised. And since Aditya liked cricket, my mom-in-law would tell him if he became a big cricketer, she would bowl to him,” she informed.

The Nagpur-based Anand met the accident in 1993 when he and Anushree had gone to Mumbai for her father’s cataract operation. At the same time, her brother who was bed-ridden due to the degeneration of brain. The brother eventually passed away aged 26. And when Anand and Anushree were about to return to Nagpur, a water tanker hit Anand’s cycle. In this time of twin tragedy, Anushree’s in-laws rushed from Nagpur to Mumbai to share their daughter-in-law’s workload. Anushree would be with her husband in the hospital and her in-laws would take care of Aditya and other household chores.

Anushree’s time management must have been excellent. “It just happens,” she says modestly. “My in-laws were very supportive; they would do all the shopping and cooking. That allowed me to be with my husband who was admitted in the hospital. My parents also supported me in those times.”

At the time, Anand was working with the Punjab National Bank, and played club cricket in Nagpur. His colleague and former Vidarbha Cricket Association joint secretary Sharad Padhye salutes the Sarwates for the calmness they displayed in adversity. “Anand was six-foot tall, was healthy, and handsome. When Anand was brought from Mumbai to Nagpur after the accident, he was in a terrible condition. But his wife was a brave lady, and played a great role for her family. She never lost her composure even in that tough situation,” says Padhye. Today, Anand follows Aditya’s cricket graph on TV and on mobile, with help from his wife, sitting in his wheelchair.

Aditya, too, gives all the credit to her mother. “I missed dad’s guidance in cricket. I feel I missed playing with him. But mom encouraged me a lot. She never let me feel the absence of dad [to play with]. She always had a smiling face. And she gave me the freedom to pursue my hobby and interest -- cricket,” he says.

The accident seems to have toughened up Aditya and more determined to excel at cricket. That’s why when he landed a clerical job in a bank, he let it go to pursue cricket, a decision backed by his mother. He went on to complete master’s degree in commerce and a diploma in financial management, which helped him secure a job at the Accountant General’s Office in Nagpur in 2013. Besides playing in the BCCI’s age-group tournaments, he performed exceedingly well for successive seasons in Nagpur’s Guzder League, a top tournament comprising multi-day matches and feeds Vidarbha’s Ranji team. Aditya was adjudged the Best All-Rounder in 2008-09 and 2010-11 and was the Man of the Tournament in 2012-13, representing Navniketan Cricket Club. But for some reason he was not picked for Ranji Trophy, and eventually made his debut in 2015-16.

Padhye was an office-bearer of Navniketan at the time and is now its president. Aditya’s father and Padhye had worked together in the Punjab National Bank. “But Aditya never tried to take undue advantage of his father’s condition or tried to gain sympathy or undue advantage. He never uttered a single word to that effect. When he wasn’t selected in Vidarbha’s Ranji team after his superb performance in Guzder league in 2012-13, I offered him commiserations. But he said he should work harder from thereon,” recalls Padhye.

Aditya’s parents don’t burden him with heavy expectations. “They tell me to be happy with what I’ve got. My goal, of course, is to represent India, but I will be happy with whatever will happen,” says the cricketer who has already represented India ‘A’. He extended his fine form of 2018 and 2019 to the domestic season that ended last month, but Vidarbha failed to complete the hat-trick of Ranji Trophy titles. Another good performance in the next domestic season would surely strengthen Aditya’s case for higher honours.