Vinesh Phogat Is Heartbroken, Wrestler Reveals What Shattered Her Dreams At Tokyo Olympics

Vinesh Phogat was one of India’s strongest medal hopes at Tokyo 2020. The star wrestler was much below par at her second Olympics after Rio 2016 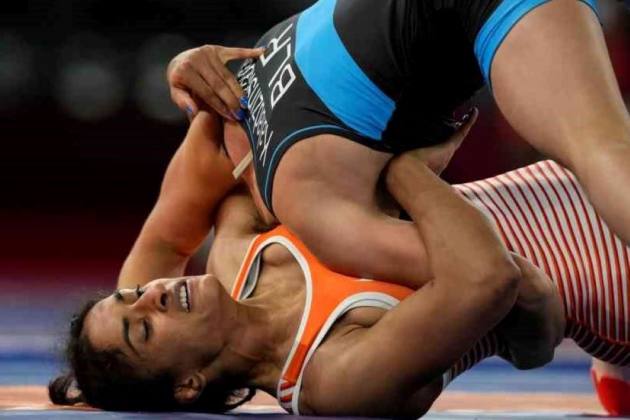 At a time when India is toasting its medal winners and top performers at Tokyo Olympics, wrestler Vinesh Phogat has seemingly gone into a period of serious depression after returning empty handed from Tokyo 2020. (More Sports News)

Tokyo Olympics was Vinesh Phogat's second Summer Games. She was laid low by injury at Rio 2016 and in Tokyo, Vinesh Phogat has revealed she was not in top shape, both mentally and physically.

At a time when she is trying to recover from the mental trauma of losing to Vanesa Kaladzinskaya of Belarus in the quarterfinals, the Wrestling Federation of India added to her stress by banning her for misconduct. Vinesh Phogat has reacted for the first time in an article in Indian Express on Friday.

"... everyone outside is treating me like I am a dead thing. They write anything, they do…. I knew that in India, you fall as fast as you rise. One medal (lost) and everything is finished," wrote an emotional Vinesh Phogat.

Vinesh admits not everything went as per plan at Tokyo 2020. She not only missed her personal pysio (Vinesh was assisted by the shooting team physio!) but her physical and mental preparedness was not at its best.

"At the Olympics, no athlete is not under pressure. I was also under pressure in Tokyo, in Rio. But I know how to handle it. I could not do it in Rio but here I did. And I will do it again. Vinesh did not lose because of pressure. Before passing judgments, just ask the athlete what went wrong.

"I was okay in Tokyo. I prepared for the humidity, I had salt capsules, I drank electrolytes. I just wished this problem would not arise. But when it rains, it pours.

"I had a concussion in 2017, since then I have suffered from it. Things become blurry. It has gone down a lot but when my head strikes on anything, it comes back.

"Maybe it was that. Maybe it was the blood pressure. Maybe the weight cut. I’m used to salt capsules. They helped a lot. But they did not work in Tokyo where I was alone," wrote Vinesh Phogat, who had not lost in 2021 before going to Tokyo Olympics. 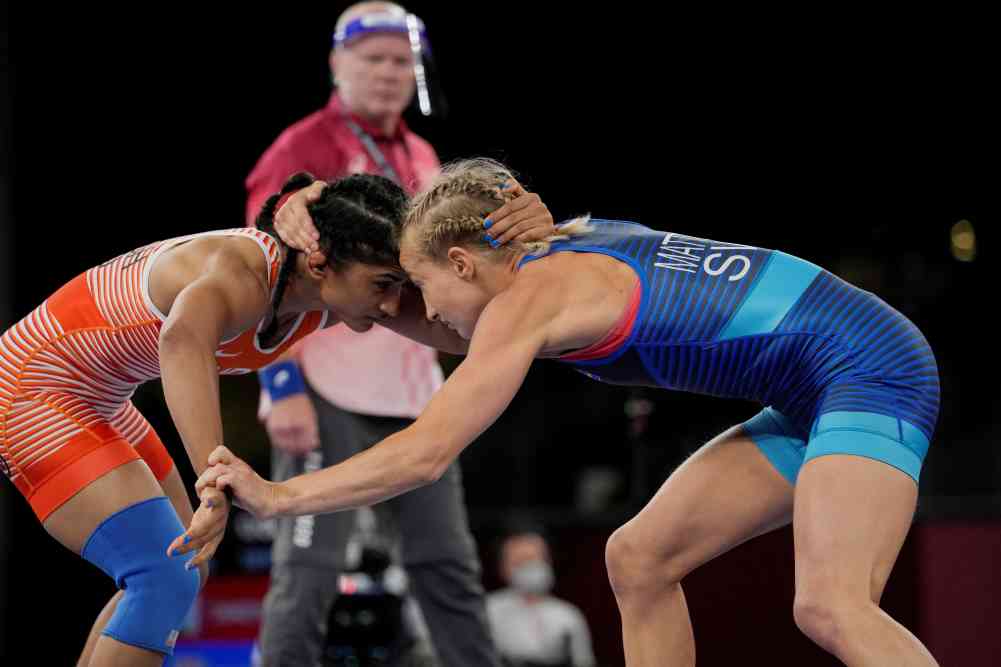 Vinesh Phogat has been suspended by Wrestling Federation of India for misconduct during Tokyo 2020. Photo: AP

Vinesh Phogat's story points out to how inadequate planning and coordination can hurt medal prospects. Golfer Aditi Ashok has said how travelling 75 km to the golf course from the Games Village in the wee hours left her uncomfortable on the final day. Aditi missed the bronze medal at Tokyo 2020 by a stroke after being in top three till the penultimate round.

"On the day of the bout, I was not getting the feel. After the weight cut, I warmed up, I still didn’t feel it. I had not eaten the day before the bout. I drank some nutrition but I felt anxious. I woke up with a feeling of vomiting but I could not. I was in pain. There was nothing in my body. Ultimately I did vomit. On the bus ride to the stadium, I called Purnima (my physio) asking her desperately what I could do.

"After my first bout, I took a salt capsule. Nothing improved so I took one more. No change. I could not eat anything because I was nauseous and felt like vomiting. I did some breathing exercises but to no effect. I was not feeling in control. I was shivering.

READ: India's Tokyo Olympics High - No Better Religion Than This To Unify A Medal-Thirsty Nation

"In the second bout, I knew I was losing. I was giving up points from positions I would never have. I can see that everything is going away but I can’t do it. My mind was blocked to that level that I didn’t know how to complete a takedown. I was surprised that I was blanked out."

So what's next for Vinesh Phogat?

Family time for sure. She will be 27 on August 25 and is married to former wrestler Somvir Rathee. But Vinesh, who was nominated for the Laureus World Sports Award For Comebacks in 2019, is not sure about her future.

"It’s a story of two hearts, two minds. I have given everything to wrestling and now is the right time to leave. But on the other hand, by chance I leave and don’t fight, it’ll be a bigger loss for me," said Vinesh