I Applied The Law Without Fear Or Favour, Says Daryl Harper On Controversial Sachin Tendulkar Dismissal

In the 1999 Australia-India Adelaide Test, a Glenn McGrath bouncer hit Sachin Tendulkar on his shoulders and Daryl Harper deemed it as LBW. Watch the footage here 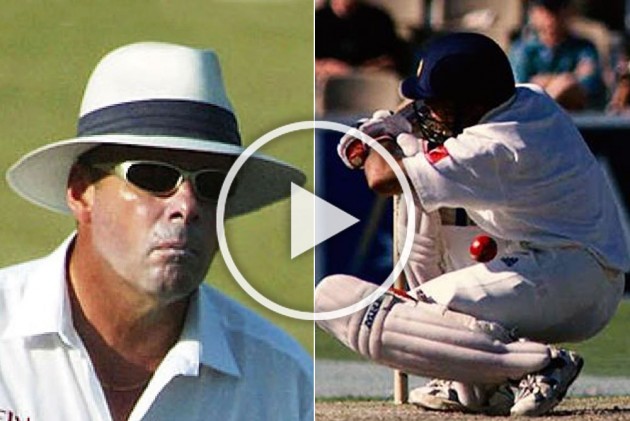 Former ICC elite-level umpire Daryl Harper looks back at his controversial decision against Sachin Tendulkar in the 1999 Adelaide Test "everyday of my life" but says he proudly stands by what he believes was a correct decision. (More Cricket News)

A bouncer from Australian pace spearhead Glenn McGrath had Tendulkar ducking and the ball hit him on his shoulders. Officiating in the game, umpire Harper deemed it as LBW and, to India's surprise, raised his finger, igniting a debate.

Recalling the controversial decision, Harper said he still thinks about that dismissal even after 20 years and stands by the call he made that day.

READ: Should Have Been Shoulder Before Wicket, McGrath Recalls

"I look back on that Tendulkar decision every day of my life. It's not that I sleep badly or have nightmares and replays dancing through my brain. When I walk through my garage I am confronted by a huge canvas print of Sachin and Glenn McGrath, taken momentarily after the ball made contact," Harper told Asianet Newsable.

"You may be disappointed to know that I'm still extremely proud of that decision because I considered the action before me and applied the law without fear or favour."

India lost that Test badly and suffered a 0-3 whitewash.

Harper revealed that former chief selector MSK Prasad, who was the wicketkeeper in that game, told him when they met in 2018 that Tendulkar himself believes it was out.

"In December 2018, I met Indian selector MSK Prasad during a lunch at Adelaide Oval during the Australia-India Test match. We probably hadn't seen each other since that Test 20 years earlier at the same beautiful ground," Harper recalled.

"It was a very unusual dismissal. I've never seen anything similar and I've watched a lot of cricket over the years…but I still believe it was correct," Harper said.

He further said that Tendulkar never brought up that topic with the umpire.

"I went on to umpire India in 26 Tests and 44 ODIs all over the world. I can't recall ever discussing that specific decision with the great man, but I believed Sachin and I were always on good terms.

"My decision followed an appeal. That's how cricket works. Players and umpire moved on. That's what I consider as the true Spirit of cricket. That's why I almost always enjoyed umpiring India and especially in India," he added.