I Deserve To Win The Ballon d'Or: Robert Lewandowski 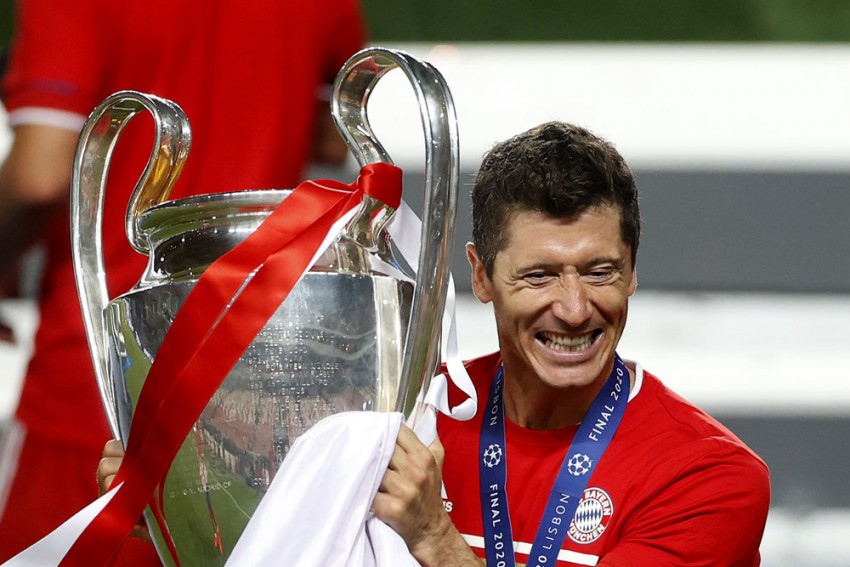 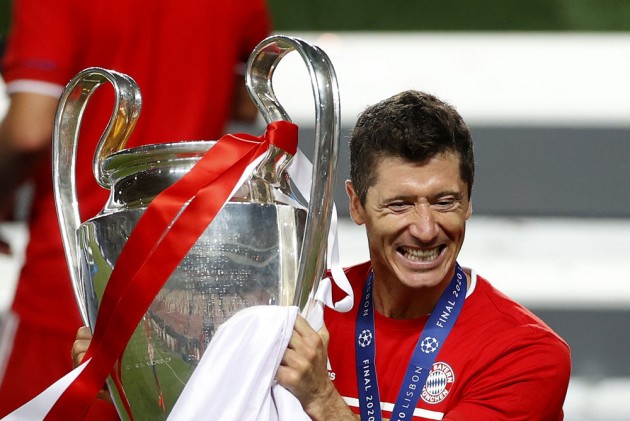 Bayern Munich striker Robert Lewandowski believes he would deserve the Ballon d'Or if the award had not been cancelled for 2020. (More Football News)

France Football confirmed in July that the prize would not be awarded due to the disruption of the 2019-20 season caused by the coronavirus pandemic.

Lewandowski would almost certainly have been one of the favourites for the men's trophy this year, having scored 55 goals in all competitions to propel Bayern to a treble of Bundesliga, DFB-Pokal and Champions League titles for the second time.

The 32-year-old insists the Ballon d'Or was never on his mind this term, but he thinks he would have been a worthy winner.

"I didn't think about it at all. I knew we still had the Champions League, then the Bundesliga restarted after the short break," he told Onet and Przeglad Sportowy when asked for his view on the award being cancelled.

"I knew my priorities. My focus was on the Champions League, not on any possible individual awards. The decision to cancel the gala was made in the middle of the year and the Ballon d'Or was to be staged in December. The deadline was too distant to occupy my mind."

Never stop dreaming. Never give up when you fail. Work hard to achieve your goal @fcbayern #MiaSanMia pic.twitter.com/iYTD8ROYoK

When asked which player he would have given the award to, he replied: "Myself. We won everything there was to win. I won the award for top goalscorer in every competition. I think a player who achieves this would win the Ballon d'Or."

Bayern's 1-0 victory over Paris Saint-Germain saw Lewandowski win the Champions League for the first time in his career, something he admitted had been a childhood dream.

The Poland international was particularly emotional during post-match interviews but said the moment that truly touched him was when his wife sent him videos of family members reacting to the result.

"Until now, I was hiding emotions behind a thick shell, but the Champions League is every footballer's dream and I've believed all my life that I could fulfil it," he said.

"I was close many times, but something was missing, something was causing us to be knocked out early. Now that we'd won it, there was a childlike joy, something natural and spontaneous. I had no control over it.

"The most beautiful moment after the game was when I called my wife. She sent me videos of my loved ones crying with happiness. It was something amazing. It's what I will remember the most after many years."

While he has no plans to retire any time soon, one of Lewandowski's remaining objectives is to bring joy to Poland fans on the international stage.

"One of my dreams has now come true and I feel huge satisfaction," he added. "Another one is to make the fans of the national team proud of us. What exactly that means, I can't answer myself. I can't really describe it; I just want the fans to feel happy cheering us on."

Messi, Ronaldo And Guardiola - PSG Will Assemble 'Dream Team' By 2021