I Gave Tottenham The Best Of Me: Mauricio Pochettino

Speaking for the first time since he was sacked by Tottenham, Mauricio Pochettino reflected on "tough challenges" and "exciting success" 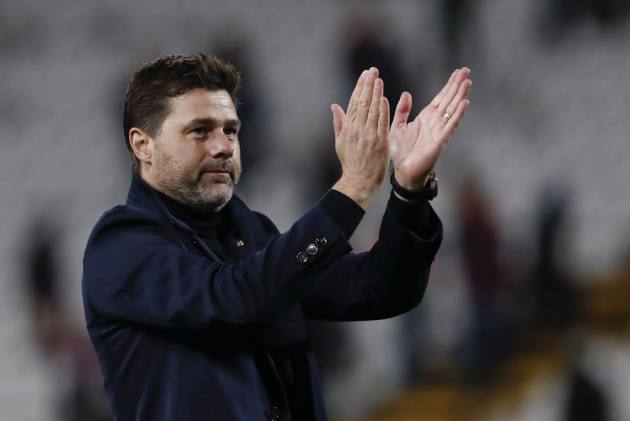 Mauricio Pochettino thanked Tottenham as the sacked manager ended his silence to say he gave the club "the best of me". (More Football News)

After five and a half years in charge, Pochettino was dismissed by Spurs last week following a miserable run of form that had the club in the bottom half of the Premier League table.

Jose Mourinho was swiftly appointed as head coach in his place and has since guided Tottenham to back-to-back wins against West Ham and Olympiacos.

Pochettino left a message for the squad on a training-ground whiteboard but made his first public pronouncement on his exit on Thursday.

The 47-year-old made Spurs regulars in the Champions League, reaching the 2018-19 final, and described "tough challenges" and "exciting success".

"I would like to thank [owner] Joe Lewis and [chairman] Daniel Levy for giving me the opportunity to be part of Tottenham Hotspur's history," he said, in a statement released by the League Managers Association.

"I would like to thank also everyone I met at Tottenham, all the club staff and the football players during these five and a half years.

"Finally, I would like to give a special mention to the fans who make this club so great with their fantastic support.

"I gave the best of me to accomplish the objectives I was asked for in our first meeting. There were equally tough challenges as exciting success.

"Best wishes for the future, I am sure we will cross paths again."

Even before leaving Tottenham Hotspur Stadium, Pochettino was linked to both Manchester United and Real Madrid, along with Bayern Munich following Niko Kovac's sacking.

As pressure builds on Unai Emery at Arsenal, Pochettino is also among the favourites to take over at Tottenham's nearest rivals.