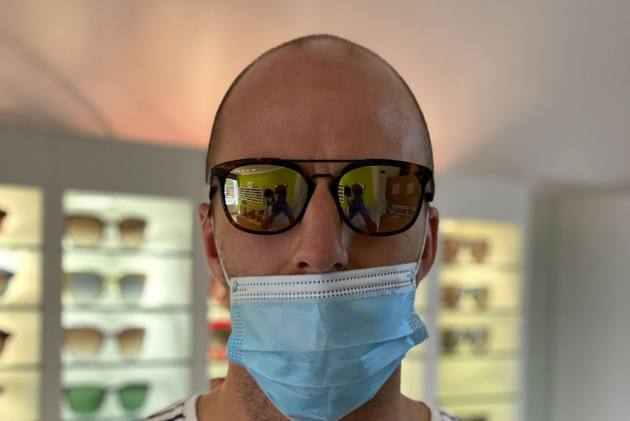 England spinner Jack Leach says he had developed symptoms similar to those of coronavirus while in South Africa earlier this year but having regained fitness he is now focussed on earning his place in the national team for next month's Test series.

The left-arm spinner had returned home from South Africa in January after struggling to recover from sepsis (immune system's over reaction to infection). He also contracted flu before the Centurion Test.

Leach, who was included in England's 30-man squad for the three-match Test series against West Indies starting July 8, said the symptoms that he had during his illness in South Africa were similar to the dreaded COVID-19 which has infected over 10 million people globally.

"I guess we'll never know. If you had those symptoms I had in South Africa now, you'd say this is definitely coronavirus. But I feel healthy and fit, and I want to stay that way as much as possible," Leach, who has suffered from Crohn's disease (inflammatory bowel disease) since the age of 14, said.

"There's nothing I can do about what happened in the winter ... but I'm quite lucky my Crohn's is under control. There are people who suffer a lot worse than me. I don't feel sorry for myself, I want to play as much cricket as possible and stay fit and healthy," he said in a video call.

The 29-year-old is one of the five spinners included in England's squad for the series which also features Dom Bess, Moeen Ali, and newcomers Amar Virdi and Matt Parkinson.

Leach feels if he can find the right headspace, he can cut through the competition and is looking to take inspiration from his batting performance at Headingley where he hung in for 17 balls with Ben Stokes, completing a sensational one-wicket win.

"I probably overthink at times, and that's a mental thing that I've been working hard on. In my best moments, there hasn't been a lot going through my mind. I think back to when I was out there with Stokes, and how focused I felt," he said.

"It was a simple focus on what I was trying to do, and I want to apply that to my bowling as well - find that headspace where I can give my absolute best...if I keep getting remembered for batting innings, I'll take that because I'll be doing something right if I'm playing a lot."

Having suffered multiple health issues, Leach's immune system is not the best and his involvement in the series had raised some doubts but he says he is feeling much safer here in the bio-secure environment.

"The medication that I'm on puts me a little bit of a higher risk, but actually what I came through in the winter suggests that I can fight things off quite well. The fact that I am fit, and reasonably healthy apart from that, gives me a good chance as well," Leach said.

"I've been doing everything I need to do to stick by the rules, as has everyone else around me, but I'm not too nervous. I feel safe here in a bio-secure environment."