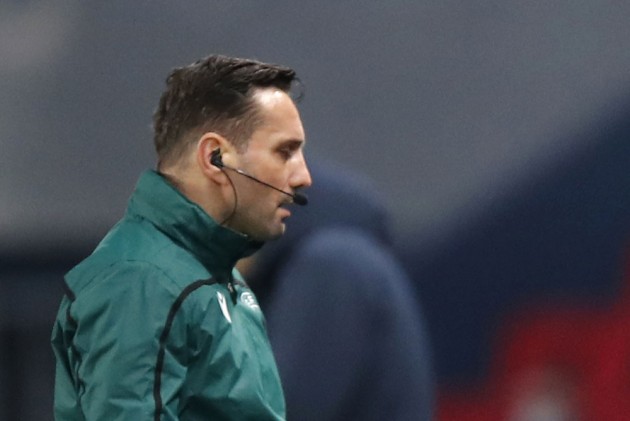 Demba Ba and the fourth official accused of using racist language in Istanbul Basaksehir's Champions League clash against Paris Saint-Germain have had a positive telephone conversation, according to one of Ba's former Senegal team-mates. (More Football News)

The fixture at the Parc des Princes was suspended after 13 minutes when it was alleged Romanian official Sebastian Coltescu had exposed the Turkish side's assistant Pierre Webo to racist language.

Basaksehir striker Ba remonstrated with Coltescu, saying: "You never said 'this white guy'. Why, when you mention a black guy, do you have to say 'this black guy'?"

The teams completed the Champions League Group H game the following day, PSG winning 5-1 after both sets of players warmed up in "No to racism" T-shirts and took the knee in the centre circle.

UEFA announced it is investigating the incident.

Ousmane N'Doye, who played for a number of Romanian clubs during his career, said Ba and Coltescu had a productive conversation after he put the pair in touch.

"When I was in Romania, I met a lot of people there, I know how Romania works," N'Doye told Sport.ro. "If something happens to someone you know about, you have to say something. I saw Sebi's character at matches – my favourite referees know each other.

"I found out Coltescu's number and I told him I was with him. I know he's not racist at all. It was a misunderstanding. I talked to Demba Ba, he's my very good friend. I provided the assist for his first goal with the national team.

"I explained to him and he understood very well. I gave Sebi his number and I told him to call him to talk.

"I've never seen racism in Romania – people were shocked when they found out what I said about Romania. It's my country!

"I explained that to Demba. He said that he had not heard anything bad from Coltescu but believed that the word 'black' should not be used in the stadium. He did not say it was racism, he said that you can't use that word in the stadium and Sebi understood that.

"They talked and they got along very well. They both called me back and told me they were very happy. Demba told me that Sebi is a very good man, as did Coltescu about Demba."