With one point each, Aizawl FC and Gokulam Kerala FC hold the 5th and 6th position respectively on the I-League points table 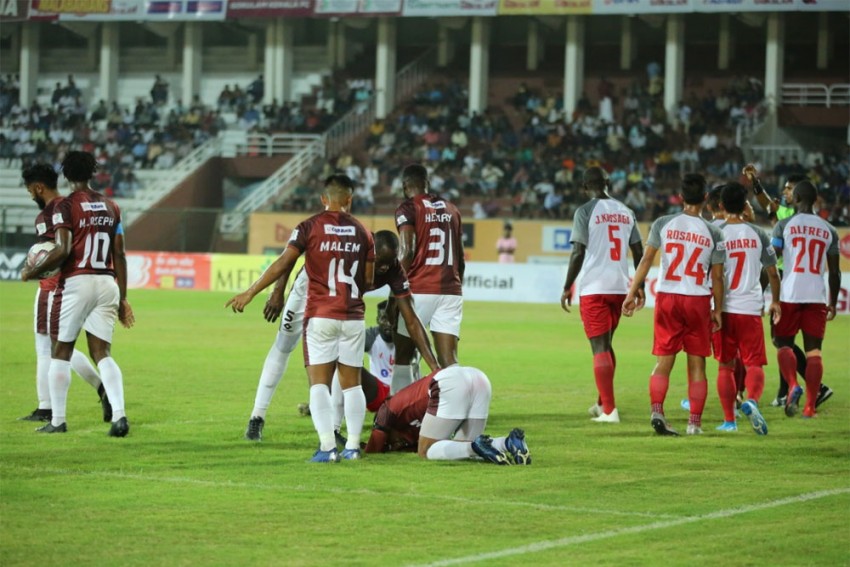 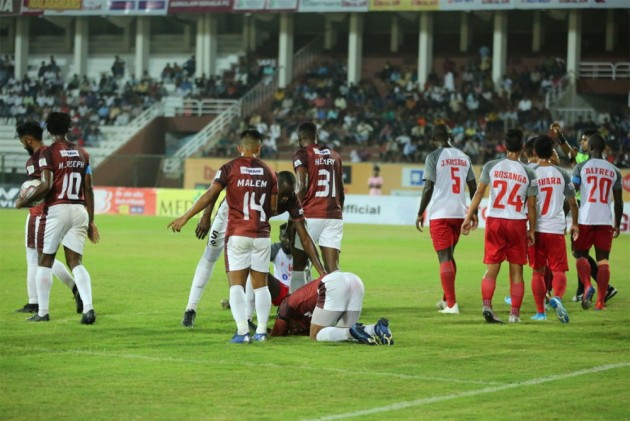 Gokulam Kerala played out a 1-1 draw against 10-man Aizawl FC in an I-League match at the EMS Stadium at Kozhikode on Saturday. (More Football News)

The match had everything starting with a few heated moments, a sending off, a missed penalty, two beautiful goals and some brilliant defensive performances, leaving the capacity crowd completely glued to their seats until the final whistle.

The match started on a very exciting note as Gokulam Kerala FC built the early pressure on the visitors.

Consecutive chances down the left flank, first by Captain Marcus Joseph which drew a save from the Aizawl keeper and then by Mohamed Irshad, whose shot went right across the face of the goal.

The surprise moment came in the 14th minute, when out of nowhere, a pass from the half-way line by Paul Ramfangzauva found Abdoulaye Kanoute, and with a brilliant volley past the Gokulam keeper, he put the visitors in front.

When all was going well, a disaster befell Aizawl. A run by Nathaniel Garcia down the right and a low cross found Henry Kisseka but his shot which was goal bound was handled by Joseph Adjei and a straight red card for the Ghana defender.

Aizawl went down to 10 men with 70 minutes to go in the match.

When Gokulam thought they finally had their chance to draw level with the penalty. But an amazing save by Laremruata with a dive to this lower left side denied the home side the pleasure of parity.

Attack after attack started flowing in from Gokuklam Kerala, and a ripper of a cross directed at the head of Henry Kisseka by Garcia was well met and again Lalremruata made an acrobatic save.

In the 40th minute, Gokulam made a change to the formation as they brought on Lalromawia a midfielder on for defender Naocha Singh. Aizawl FC were able to hold on till the end of the half and the visitors went into half time leading 1-0.

Play resumed and with a man down, Aizawl FC were feeling the pressure as Gokulam continued to mount attacks from the word go. Not being able to break Aizawl down, Gokulam now brought on Salman Kalliyath a winger removing a center back Jestin George to get that elusive goal.

Finally, the moment came for Gokulam as substitute Salman Kalliyath worked his magic. A low cross to Marcus Joseph's left foot inside the Aizawl box and a perfectly-placed shot put the game in the balance with 70 minutes on the clock.

With the score at 1-1 and a man to their advantage it was Gokulam's game.

With just six minutes of regulation time left, a long-range pile-driver by Nathaniel Garcia was again saved by a flying Lalremturuata to keep the home team at bay. Coach Rozario brought on Ramhlunchhunga for William Lalnunfela, a like for like change, to run down the clock.

It was soon time for the final whistle, and the match ended at 1-1. With one point each, Aizawl FC and Gokulam Kerala FC hold the 5th and 6th position respectively on the Hero I-League points table.

Marcus Joseph of Gokulam Kerala FC was awarded the Hero of the Match.