With the new 2019-20 I-League season set to begin, here are five foreign signings who could have a significant impact in the campaign 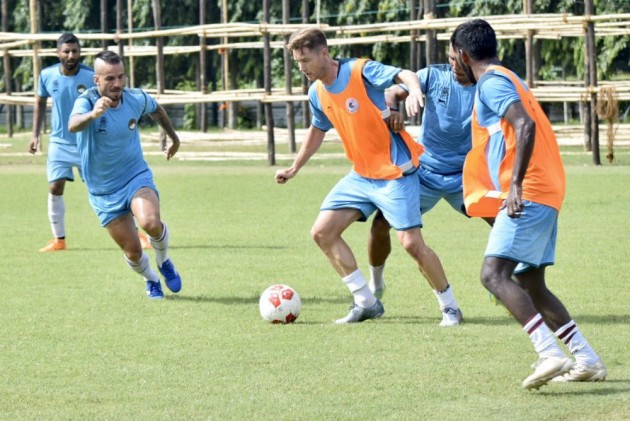 The 2019-20 I-League season beckons us, as clubs from across the country gear up for Indian football's mega-battle. Ahead of the upcoming campaign, teams have signed plenty of foreigners to increase their squad depth and strength, with each aiming to prove their mettle.

Here are some of the signing who could have a huge impact:

After a successful Durand Cup campaign, Gokulam Kerala will be aiming for a shot at the I-League trophy. Trinidadian Nathaniel Garcia has joined the South Indian outfit as a playmaker, with Fernando Santiago Varela hoping that a good partnership gets formed between the midfielder and star striker Marcus Joseph.

With the 30-year-old in the squad, Punjab FC can be sure that goals will be available in plenty.

Having played in the Scottish Premier League and English Championship in the past, Kallum Higginbotham's arrival to the Real Kashmir setup took the media with storm. The forward possesses plenty of physicality and pace, thereby will prove to be a huge asset for David Robertson.

Higginbotham can play in the flanks or even as a striker.

Katsumi Yusa is a famous footballer in India, due to his exploits here since 2013; especially for none other than Mohun Bagan.

The 31-year-old will be crucial to Chennai City FC's ambitions. The club won the title last season, and the likes of Pedro Manzi will depend a lot on the flair and vision of Yusa. He has been bought to fill in the void left by Nestor Gordillo.

Joseba Beitia is a new face in Indian football, and was pretty excellent during the preseason. The Spaniard is a creative midfielder and could be a master signing by Kibu Vicuna. He was also a crucial figure during his club's runners-up Durand Cup campaign.

An academy product of Real Sociedad, Beitia will have a lot of work to do this season.