Punjab FC host Indian Arrows in their third successive 2019-20 I-League fixture at home, while for the AIFF side it is their first on the road this season. 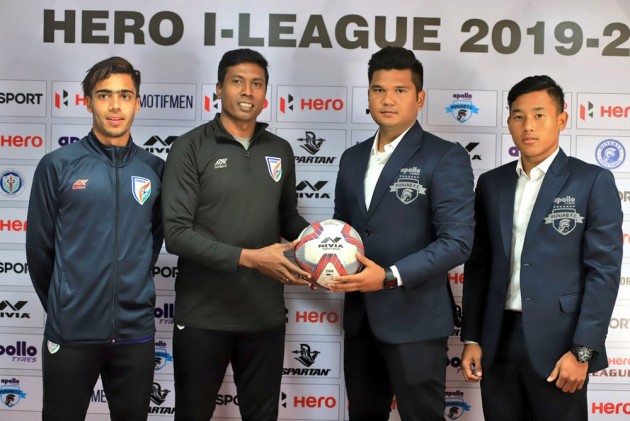 High on confidence after their impressive win over defending champions Chennai City FC in their previous match, Punjab FC will play host to All India Football Federation developmental side's Indian Arrows in an I-League game, at Ludhiana on Monday.

The match against the Arrows will be Punjab's third successive match at home, while for the travelling youngsters, it will be their first on the road this season.

Since losing to Churchill Brothers in their season opener in Goa, Punjab have drawn against East Bengal 1-1 before beating Chennai City 3-1 in a thoroughly impressive performance on December 10 at home.

"Even after a late equaliser from Chennai, the lads showed pure class and pulled back two more goals in the dying minutes of the game. I'm very proud of each and every one of them and I know they are capable of doing much more."

He remains wary of the threat that the Arrows possess and added, "Arrows are a good side who have tremendous quality and potential. They have given both their oppositions, Gokulam and Aizawl a tough time in their first two fixtures.

"This is a team to take very seriously and not underestimate. It is going to be a tough game as they are quite a compact and structured team."

Indian Arrows, on the other hand, have played twice at home and despite showing grit and tenacity came up short against Gokulam Kerala and Aizawl. A positive result against Punjab in an away trip could serve as a massive boost to get their campaign.

Speaking ahead of the match, head coach Shanmugam Venkatesh said, "We know that Punjab FC won by a good margin against defending champions Chennai City in their last match and their confidence and motivation levels will be high, for sure.

"It will be their third consecutive home match and for us, we are playing away for the first time this season. We have adapted well to conditions so far and the weather has been really good and ideal for playing football. We will give our best in the game."