The Jaipur-based side, Rajasthan United which had made it to the I-League after winning the qualifying tournament in October, said it has fallen short of fielding a full 11-member team. 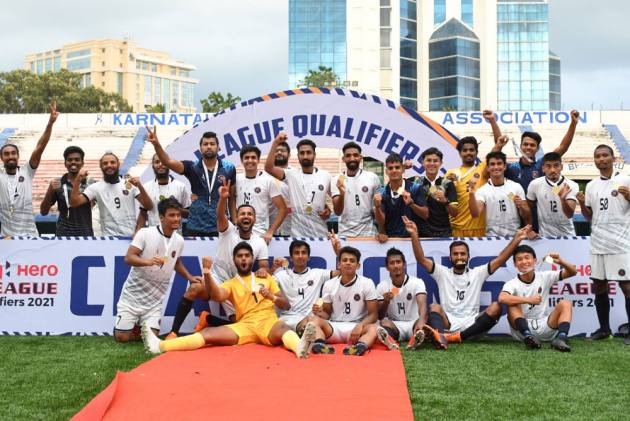 In a bizarre development, debutants Rajasthan United were left to play their maiden I-League match against Punjab Football Club on Sunday with just nine players, instead of 11, due to restrictions in the registration of amateurs. (More Football News)

The Jaipur-based side, which had made it to the I-League after winning the qualifying tournament in October, said it has fallen short of fielding a full 11-member team.

Rajasthan United acknowledged that the situation arose due to "errant decision making" by the club though it said the All India Football Federation also refused its request to postpone the match to January when they will have enough players with new signings.

It also took a dig at their opponents -- Punjab FC -- for refusing to play the match later.

After winning the Qualifiers, Rajasthan United had released many players to sign better ones for the I-League, and the AIFF allowed the club to rope in amateur players till December 31 before the January window kicks in when they can take in professionals.

According to the club, the AIFF issued a statement on December 21 saying that only those amateur players who got signed on or before August 31 can play till December 31, which meant that the new signings of Rajasthan United cannot play in the I-League. The winter transfer window begins only on January 1.

"... (It) left the club with very little time to prepare and put together a competitive team for the same. We retained minimal players from the qualifiers and sought to get better players for the higher league -- seeing as the competition is undoubtedly higher," Rajasthan United said in a statement.

"The AIFF issued a statement to all clubs on 14th Dec 2021 stating that these teams could field amateur players who be allowed to play as such till December 31, 2021. Respecting the statement, RUFC registered a significant number of amateurs.

"A second statement released on 21st Dec said that amateur players signed on or before August 31 would be allowed to play in the league."

The club said it respects the decision of both the AIFF and their opponents to not postpone the fixture.

"We acknowledged the errant decision making and communication that has led to this situation. It is a deep humiliation and learning experience for a club as new as us."

It, however, expressed its bitterness at the development, saying "sportsman spirit is only left to be discussed on social media and books, but when it comes to the field it is a totally different ball game."

"Our opponents could have the willingness to play this match on a later date."

The club further said a simple option would have been to forfeit the match and play from game 2 on January 5 onwards (which occurs after the winter transfer window opens) but decided to take the field with only nine players.

"It (forfeiting the match) is something our philosophy will not allow. Offering our opponents the respect they deserve, we will put forth our bast face in the circumstances and strives to display the sportsmanship that defines the sport."