In a bizarre setting, debutants Rajasthan United started their maiden I-League match against Punjab FC with just nine players, instead of 11, due to the confusion over the registration of amateurs. 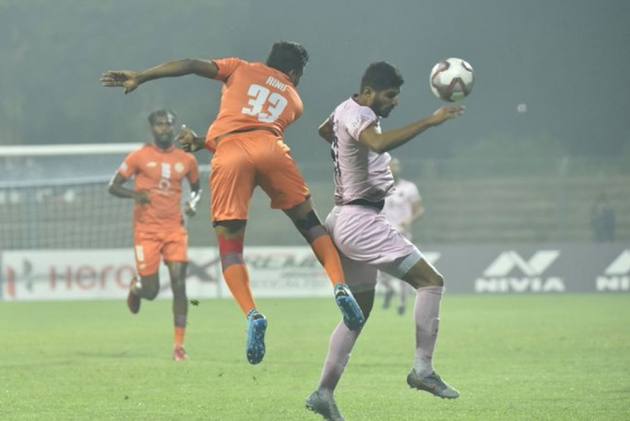 In a bizarre setting, debutants Rajasthan United started their maiden I-League match with just nine players, instead of 11, due to the confusion over the registration of amateurs. A farcical state of play in the country's legacy league.

The Jaipur-based side, which had made it to the I-League after winning the qualifying tournament in October, acknowledged that the situation arose due to "errant decision making" by the club.

Before the match, their star player Marcelinho Leite Pereira rather bravely declared that they have nine warriors. "Doesn’t matter the result, we have 9 warriors, thats all," the Brazilian wrote in a Twitter post.

Doesn’t matter the result, we have 9 warriors, thats all.

Expectedly, Punjab FC got an early lead through striker Kurtis Guthrie, who struck in the 27th minute. But despite their numerical superiority, Punjab failed to increase the lead as a valiant Rajasthan side kept the scoreline 0-1 at half-time.

To make things interesting, Punjab midfielder CK Vineeth got a straight red in the 68th minute, minutes after head coach Ashley Westwood got a booking during a heated period of play.

Punjab dominated the play and were presented with more than a couple of clear-cut chances, including the ones wasted by Kurtis Owen in the 76th minute and Travis Major in the 84th.

But substitute Aphaoba Ashangbam made it 2-0 in the stoppage time as Punjab picked all three points against Rajasthan.

In other matches on the opening day of the new I-League season, TRAU played out a goalless draw with Indian Arrows, then defending champions Gokulam Kerala beat last season's runners-up Churchill Brothers 1-0.

Punjab next play Churchill on December 31, while face Aizawl FC on January 5 next year.