I-League Champions To Play In ISL From 2022-23 Season 'On Sporting Merit: AIFF

The I-League football champions of 2022-23 playing in the Indian Super League the following season is, however, subject to the club fulfilling the licensing criteria. 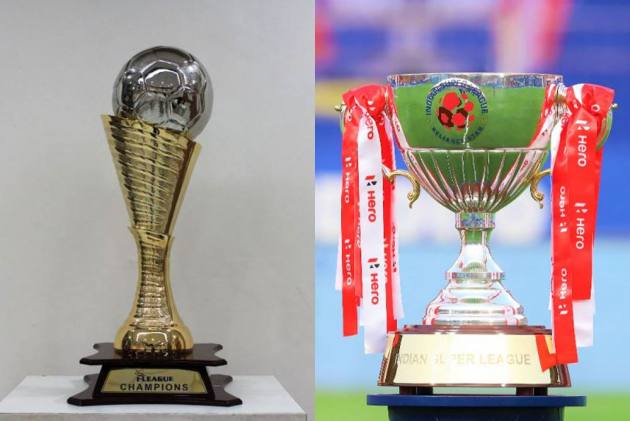 Das said there is no deviation from the road map on Indian football's domestic structure drawn by the AIFF in 2019 after consultation with the Asian Football Confederation (AFC).

While granting ISL the top-tier status, the AIFF had said the I-League champions (of 2022-23 season) will play in the ISL 2023-24 season on "sporting" merit.

Two years after this, there will be promotion (from I-League to ISL) and relegation (from ISL and I-League) between the two leagues.

"There is a road map which kicks in from the season 2023-24 whereby the winner of the I-League (from 2022-23 season) on sporting merit will play in the ISL. There will be an increase in the number of teams in the ISL," Das said during a virtual press conference.

"This will continue for two years and after that there will be clear process of relegation (from ISL to I-League) and promotion (from I-League to ISL). That has been the plan which has been agreed by all the stakeholders -- the ISL and I-League clubs, the AFC and the AIFF."

The I-League champions of 2022-23 playing in the ISL the following season is, however, subject to the club fulfilling the licensing criteria.

Das admitted that there are problems faced by the clubs, especially due to the COVID-19 pandemic situation, but all the stakeholders want to follow the road map.

"COVID-19 has been a big setback. There are problems, we realise that. A team like former champions Chennai City is not able to continue to play in I-League. We also know that there are some issues with the SC East Bengal playing in ISL.

"But at this point in time, the road map we have agreed with all the stakeholders remains. We are completely in sync with that plan. There is no reason to deviate from the plan," Das said at the interaction ahead of the I-League, beginning on December 26.

This year's I-League season will kick off in Kolkata with a match between TRAU FC of Manipur and AIFF's developmental side Indian Arrows.

Just like last year, the I-League will be held in a bio-secure environment with strict COVID-19 protocols. The matches will be played across three venues -- Mohun Bagan Ground in Kolkata, Kalyani Stadium and Naihati Stadium.

With three new entrants -- Sreenidi Deccan FC of Andhra Pradesh, Rajasthan United FC and Kenkre FC of Kolhapur -- this season, the number of teams has increased to 13.

All the players, along with the referees, officials and volunteers, will be housed inside bio-secured bubbles in four different hotels across Kolkata.