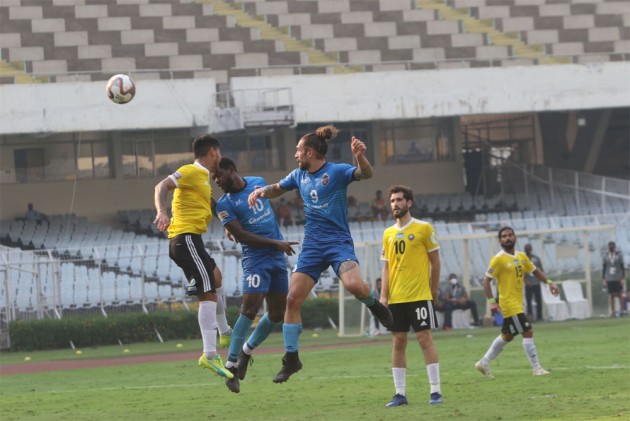 After Lukman Adefemi's (67th) second-half strike had cancelled out Luka Majcen’s first-half goal (45+1), Marshall’s (90+4)long-range screamer proved to be the difference between the two sides.

Churchill Brothers played the first half explosively, restricting Real Kashmir FC mostly in their own half.

With Churchill Brothers dominating possession and the tempo of the play, Real Kashmir relied on their solid defending and rarely moved forward through counters and long balls.

However, at the stroke of half-time, a long ball by Vinil Poojary that took a heavy deflection led Haroon Amiri to make an error as he failed to clear the ball that fell pleasingly to Luka Majcen.

In the 67th minute, Lukman Adefemi produced an absolute stunner to grab the leveller for Real Kashmir.

Adefemi, who has been in red-hot form recently -- scoring multiple goals over the last couple of matches, edged past Joseph Clemente with the outside of his boot connecting to a cross from the right flank. The volley went crashing into Shilton Paul’s net as the scoreline read 1-1.

In second-half stoppage time, Churchill Brothers substitute Marshall ran on towards goal and with the opposition defence backing out from tackling, his shot from distance crashed into the bottom right corner, proving to be the winner.