The I-League 2021-22 is expected to be held under bio-secure environment with strict COVID-19 protocols in Kolkata and its surrounding suburbs. 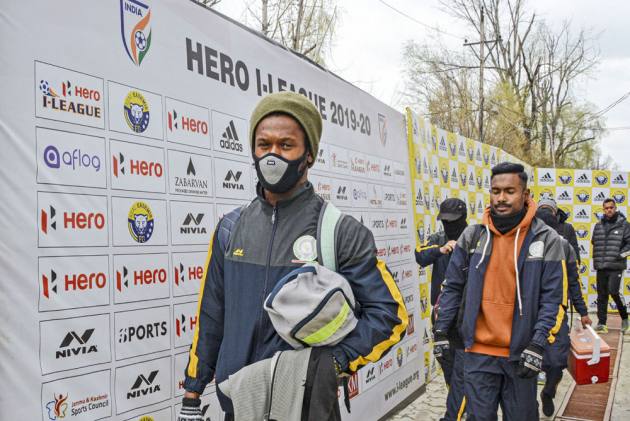 All the footballers taking part in the I-League starting in December will have to be fully vaccinated except for U-18 players and those who have recently recovered from COVID-19 infection, League CEO Sunando Dhar said on Wednesday. (More Football News)

The I-League 2021-22 is expected to be held under bio-secure environment with strict COVID-19 protocols in Kolkata and its surrounding suburbs.

"It will be mandatory for all the players and officials taking part in the I-League and I-League qualifiers to have both doses of COVID-19 vaccination. The only exception will be the players who are under-18 years and those who cannot be vaccinated due to recent recovery from the infection," Dhar told PTI in an interview.

"Last year, double dose vaccination was not mandatory but we have made it mandatory this time. In that sense, it is stricter this time," he added.

The U-18 players and those who have not got their jabs due to recent COVID-19 recovery will have to undergo more frequent testing during the tournament than the vaccinated players.

"If the fully vaccinated players are having test for every 5-6 days, they (U-18 players and recently recovered players) will be tested every 3-4 days," he said.

All the players and officials are also required to remain in quarantine for six days in their respective hotels after arrival. They will be tested twice during those six days.

Anybody who tested positive will be isolated in a different floors of the hotel and he will have to have three consecutive negative test results before joining their team-mates.

Dhar said it will be more challenging to manage the bio-bubble this time as 13 teams are competing as against 11 last year. The 13 teams and match officials will be put up in a bio-bubble comprising three hotels. Last year, the 11 I-League teams were put up in two hotels in Kolkata.

"We have the experience of last year, we were the first in the country to stage tournaments inside a bio-bubble. So we already have a template to follow.

"But the challenge will be to live up to expectations. Moreover, there are two teams more this time than last year. So, more matches and longer duration of the league. But we are hoping we will pull it off smoothly just like last year."

He also said that only six COVID-19 cases were reported during last year's I-League out of the 12500 tests conducted.

Dhar also made a point that the AIFF's COVID-19 management abilities have been appreciated by other countries also.

"I had gone to Kathmandu for a workshop organised by All Nepal Football Association. I was invited to make a presentation on the bio-bubble management of the AIFF so that they can learn and apply in their domestic competitions," he said.

"We had put all the players and officials inside one hotel last time. This time, we will use two hotels in Bangalore as bio-bubble.

The matches will be played in front of empty stadium.

He said there will be live streaming of the I-League qualifier matches and even they are trying for live broadcast the games on television.

Dhar also said that it was unfortunate that the Golden Baby League grasssroot programme and other age group leagues have to be stopped due to the pandemic. The All India Football Federation is, however, hoping to resume the programmes next year.

On the Indian Women's League, which was not held this season due to the second wave of the pandemic, Dhar said, "It should happen in March-April next year after the Women's AFC Asian Cup."