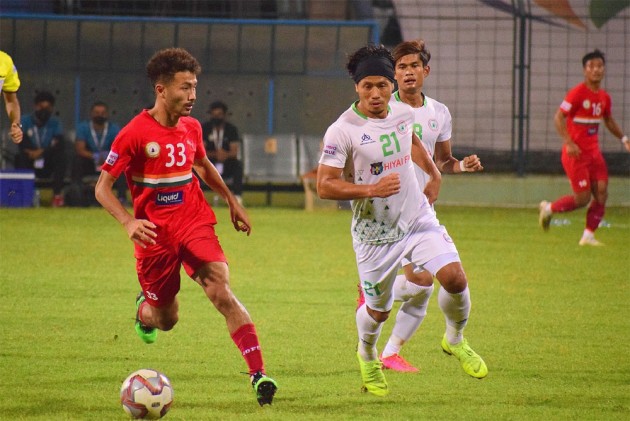 NEROCA FC slipped into the relegation zone after slumping to yet another defeat in the I-League, going down 0-1 to Sudeva Delhi FC Kalyani on Tuesday. (More Cricket News)

Gursimrat Singh Gill's header in added time of the first half proved to be the difference between the two sides in a match where NEROCA had largely themselves to blame for the defeat.

The side from Manipur now lay rock-bottom of the league with eight points from 13 games.

Coming on the back of a 0-1 loss to Aizawl FC in their last match, NEROCA needed to gather all three points in order to stand a chance of taking the relegation battle to the final matchday.

The best opportunity of the first half fell to Judah Garcia in the 19th minute. After the forward danced past the opposition defensive line, he was found with a low cross from the flanks. Garcia failed to connect from close range as Sudeva Delhi survived a scare.

With both teams creating multiple half-chances to take the lead, the match became an end-to-end affair.

In the 38th minute, NEROCA once again lacked bodies up front as a Judah Garcia attempt to find a teammate on the back post went to waste.

All of Sudeva's attacking display finally reaped dividends in the added time of the first half when Gursimrat headed the ball home after Shaiborlang Kharpan had robbed possession off the NEROCA custodian before releasing a cross to find Gill's head.

In the 62nd minute, Kean Lewis had an opportunity to extend Sudeva's lead but failed to make decent contact with the ball.

In the 68th minute, Romtan Singh's cross found Khanngam Horam on the far post. Horam's header looped over the goal as another opportunity went begging.

Three minutes later, NEROCA missed a sitter as they eventually lost by 0-1 margin.