With the second Kolkata Derby of the 2019-20 I-League season between East Bengal and Mohun Bagan coming up, all eyes would now be on the Boro Match 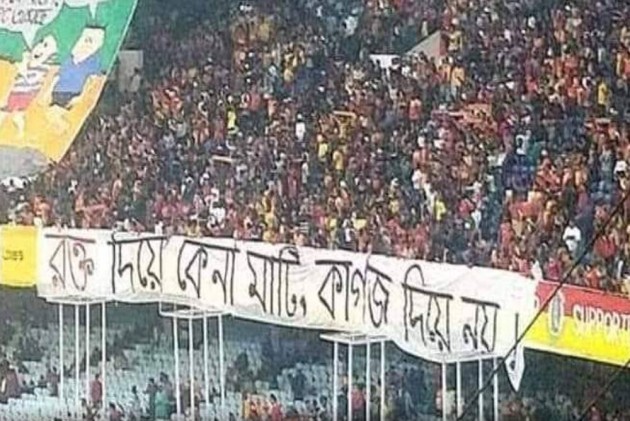 The experience of the Indian contingent in newly-crowned I-League side Mohun Bagan, is what has made the difference for the Kolkata outfit in the ongoing season, feels former India international Mehtab Hossain. (More Football News)

Mehtab Hossain, who was an integral part of the East Bengal set up for a decade, before playing for Mohun Bagan in his swansong season said: “Mohun Bagan are deservedly the champions of the Hero I-League. It’s simply because they have played some really good and simple football.

“I understand many will feel that their Spanish players have made it possible. But let’s not forget the Indian contingent that has performed brilliantly as well,” Hossain said to i-league.org.

“The likes of Dhana (Dhanachandra Singh), Ashutosh Mehta, Debjit Majumdar, are all extremely experienced players, and know what it takes to win the league,” he continued. “Even if you have good foreign players you need a bunch of calm and collective local players who would guide them, and that is exactly what has happened in the Bagan camp.”

It was not exactly a smooth start to the season for the Mariners, as they finished runners-up in both the 2019 Calcutta Football League and in the 2019 Durand Cup.

“This transformation did not happen overnight. It was a disappointing CFL campaign for them after which coach (Kibu Vicuna) had said that he needed to spend more time on the training ground with the team, and to get them ready for the I-League,” said Mehtab.

"Preseason was the time when they ironed out their follies. That is why you see that they now have players who get them over the line, even in difficult matches," he continued. "Babacar Diawarra is a very good finisher, young boys like Nongdamba Naorem and Subha Ghosh have been doing well, it's become an all-round effort."

With the second Kolkata Derby of the 2019-20 Hero I-League season coming up, all eyes would now be on the Boro Match.

"Bagan will walk out onto the pitch as champions on Derby day. But that would be inconsequential on the day," he said. "East Bengal need to take more of a cautious approach for the Derby. The way Mohun Bagan are playing, you first need to ensure that your defence is secure, and then build from there," he continued. “But I reiterate, the Derby is an entirely different match. Past performances never matter.”