NEROCA FC pulled one back through Songpu Singsit in the dying moments of the match, but it was too little too and too late to deny Gokulam Kerala FC all three points 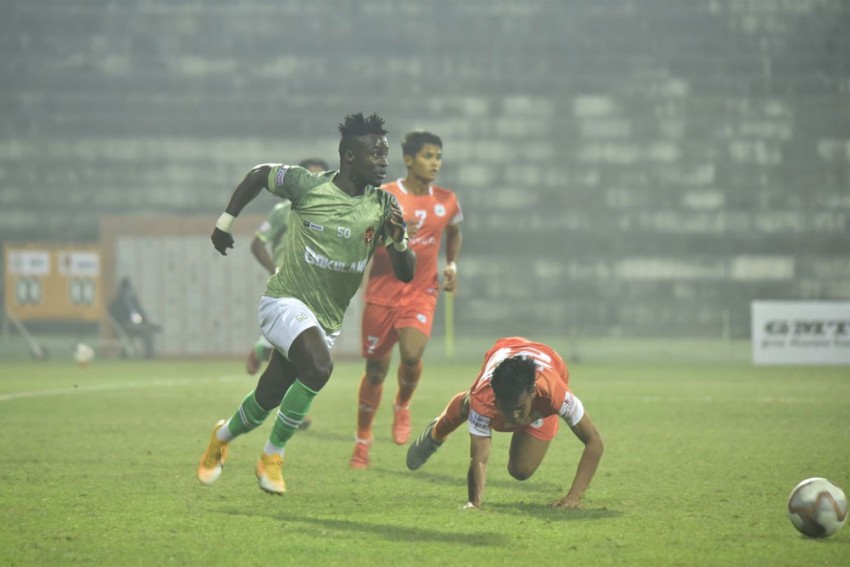 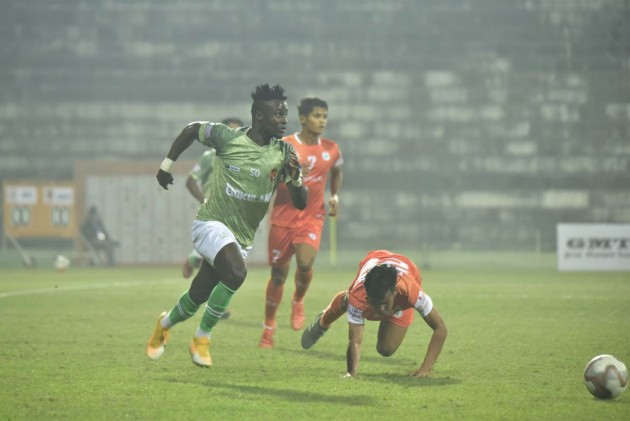 Gokulam Kerala FC got back to winning ways, defeating NEROCA FC 4-1 to take their tally to six points in the I-League in Kalyani on Monday. (More Football News)

A Jiteshwor Singh's own goal, strikes by Philip Adjah and Jestin Geroge and Mohammad Sharif's penalty were enough to hand the Malabarians three points and put them in the top half of the standings.

NEROCA pulled one back through Songpu Singsit in the dying moments of the match.

It seemed like Gokulam Kerala FC were out to prove a point after the defeat in their last fixture against Aizawl FC and the Malabarians made a strong statement by hammering three quick goals past NEROCA in the first half.

In the 13th minute, forward Emil Benny could have opened the scoring for Gokulam but his shot went wide.

Two minutes later, Benny's shot from close range was saved by the opposition custodian and the ball fell inches away from Philip Adjah, before going out for a corner. Had Adjah been closer, it would have been a simple tap-in for the forward.

The 23rd-minute opening goal spurred Gokulam Kerala FC and in the 31st minute, Dennis Antwi found Philip Adjah in the box and the Ghanian smashed the ball into the back of the net from close range to double their lead.

The third goal came in the 39th minute when Jestin George chested a Deepak Devrani free-kick into the net after a deflection.

After the break, Sharif scored Gokulam's fourth goal in the 86th minute while NEROCA reduced the margin two minutes later.