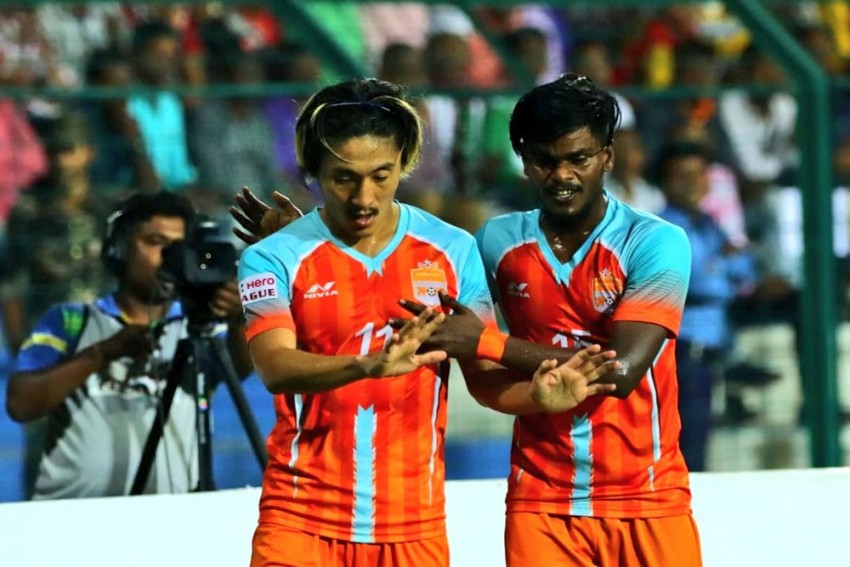 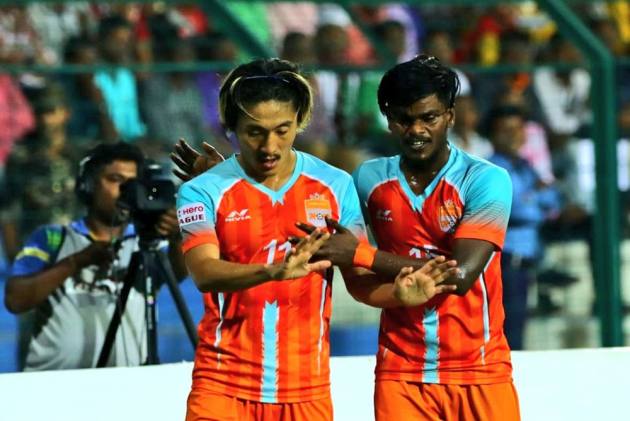 Mohun Bagan's Papa Babacar Diawara continued his fine form in front of goal, finding the back of the net for the eighth game on the trot, in the 45th minute.

His strike broke the deadlock at the stroke of half time but Katsumi came back to haunt his former club, netting the equaliser for Chennai in the second half and deservingly walked away with the Hero of the Match Award.

Bagan gaffer Kibu Vicuna made three alterations. Gurjinder Kumar and Ashutosh Mehta were called upon, while Shilton D'Silva made a rare start in midfield.

Chennai head coach Akbar Nawas made just one change to his preferred 4-4-2, with Jishnu Balakrishnan making way for Rohit Mirza.

The first half was quite evenly contested, with Chennai enjoying slightly more possession. Chances were abundant for either side to score, but the visitors squandered their early openings.

Katsumi displayed his finesse and class time and again throughout the game. In the eighth minute, his delightful long ball put Jockson Dhas through on goal but he fumbled just as he was about to take the shot, allowing Fran Gonzales to recover the ball.

Three minutes later, it was Katsumi again who created a good opening for 'Fito' Miranda. Taking on Ashutosh and Fran Morante, he squared it back for Fito, who managed to keep his shot on target, but Sankar Roy did well to keep it out.

Chennai's Jockson Dhas had an ambitious crack from distance and it almost paid off, as the shot took a deflection of Fran Gonzales before hitting the crossbar.

Mohun Bagan got a firmer grip on proceedings and in the 32nd minute, were awarded a free-kick in an inviting position for a foul on Papa Diawara.

Joseba Beitia stepped up for the dead ball and was denied by fine margins again. He got the curl and elevation right, getting the ball up and over the wall, but the woodwork came to the champions' rescue.

Chennai were caught napping at the stroke of half time.

In the final minute of the first half, Morante's long ball found Nongdamba Naorem, who darted forward and left Rohit Mirza completely at bay.

Diawara's positional instinct was there for everyone to see yet again, giving Naorem an option to his right and just when Eslava seemed to have closed him down, Naorem squared it across for Diawara, who exquisitely slotted home for the opener.

The setback in the dying seconds prompted a response from Chennai in the second half.

In the 68th minute, Jockson Dhas outsmarted Fran Gonzales with an exquisite turn, which gave Dhas acres of space to run on the right flank. He found Katsumi lurking near the far post with an immaculate low-driven delivery across goal and the veteran made no mistake in finding the net, not for the first time in Kolkata.

Katsumi refused to celebrate the goal and said after the match, "It's my home. I spent four years here. I can't forget these supporters. They still love me. I scored, ok, but a celebration was not needed at all."

Bagan could have won it at the death, but Nauzet Santana made an outstanding save to parry a Diawara header in the 86th minute, showing why Vicuna hailed the Spaniard as the best goalkeeper in the I-League before the game.

Mohun Bagan remained on top with 36 points, while Chennai stayed seventh with 20 points.