I-League Live Streaming, Churchill Brothers Vs Gokulam Kerala FC: Preview, When And Where To Watch 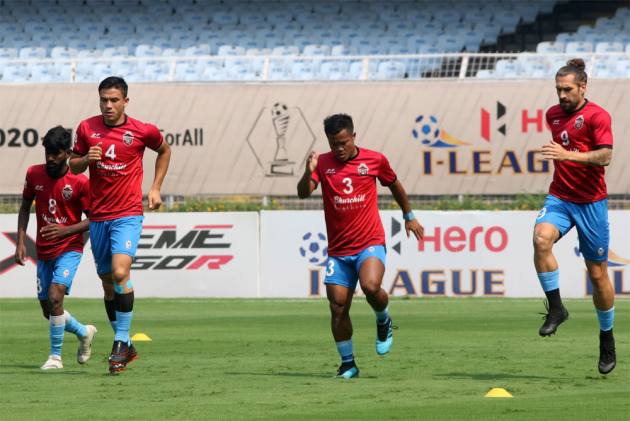 Table-toppers Churchill Brothers will look to keep the juggernaut rolling when they cross swords with the second-placed Gokulam Kerala FC in an I-League match on Wednesday. Churchill are sitting comfortably at the top of the table with 25 points from 11 matches, while Gokulam Kerala FC are not far behind with 19 points after 11 games. (More Football News)

Clayvin Zuniga and Luka Majcen of Churchill have been scoring goals for fun. It's not just the goals that make the Fernando Varela-coached side the favourites for the title, their defence has also been impeccable this season, conceding the least number of goals.

"I think we have dominated all the matches we have played this season. A 6-point lead is not massive in football, we have to focus on the next match. In my opinion, we are the best team in the Hero I-League," Varela said.

Gokulam Kerala managed a 1-0 win over Punjab FC in their last match and the Malabarians will aim to shorten the gap between them and the league leaders.

Speaking at the official pre-match press conference, head coach Vincenzo Alberto Annese said, "It is important to win this game not just for us but for the league to be open. Another win for Churchill will close the title race for us.

"It is the most important game in the I-League for us and is like a final. I hope my guys will give extra performances that will help us claim three points. A win against them will open the doors for all the teams," he added.