I-League Live Streaming, Indian Arrows Vs RoundGlass Punjab: Preview, When And Where To Watch 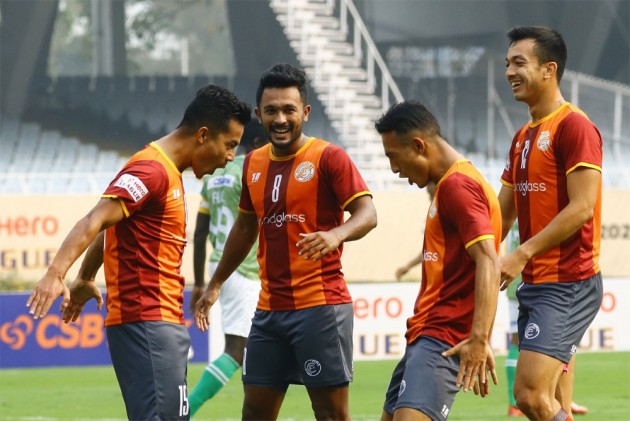 Third-placed Punjab FC will be eager to extend their lead over the mid-table chasing pack when they meet Indian Arrows in an I-League game in Kalyani, West Bengal on Tuesday. (More Football News)

Punjab handed TRAU their first defeat in their last game and now sit in third position on the table with eight points.

With the table poised very tightly, where ninth-placed Chennai City trail second-placed Real Kashmir by just three points, Curtis Fleming's side will be looking to continue their momentum with a win in their next clash against the young Indian Arrows.

Speaking at the official pre-match press conference, coach Fleming said,"We needed the win against TRAU. We had been working so hard, dominating the possession but not creating many chances to score in the two previous games.

“We'll need to give our 110 per cent against the Indian Arrows. They are a young squad, and very competitive. They will be looking to bounce back after the defeat."

The Punjab side will be bolstered by the signing of Papa Babacar Diawara and speaking about his arrival, midfielder Souvik Das said, "His arrival is a big boost for our team. He is a quality player, and once he starts going, it is going to be very helpful for our team.”

The Indian Arrows went down to Real Kashmir in their last game and the developmental side has shown an undeterred spirit in recent matches against Aizawl FC and Chennai City.

Head coach Shanmugam Venkatesh will call upon this fighting spirit from his boys to give Punjab a hard-fought challenge on Tuesday.

"Every game is equally important, and the preparation remains the same. The players know how important tomorrow’s game is, and I am confident they will give their best," Venkatesh said.

"The results are very important, and they increase motivation and confidence within the team. As the coach of Indian Arrows, I want to see my players' progress in every game.

"I have seen many opponents in the Hero I-League so far. Punjab are the most organised team, and the whole team has impressed me this season. We are a developmental team, and playing a complete team like Punjab will help the boys develop," he added.