I-League Live Streaming, NEROCA Vs Aizawl FC: Preview, When And Where To Watch 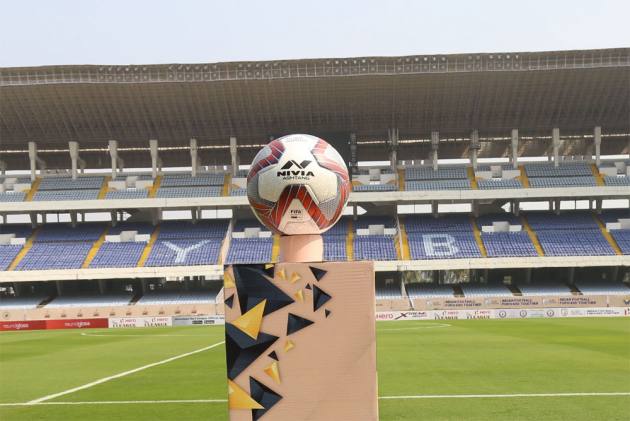 Former champions Aizawl FC will lock horns against NEROCA FC in a mid-table clash of the I-League in Kolkata on Saturday, with both the teams looking to move up the ladder. (More Football News)

At joint sixth spot with four points, both the sides would look for a win at the Mohun Bagan Ground, which may take them up to second or third spot. Three teams are currently at joint second spot with six points apiece.

Aizawl and NEROCA had performances to forget in their respective recent games. While Aizawl played out a 1-1 draw against Indian Arrows, NEROCA were battered 1-4 by Gokulam Kerala FC.

So, both the teams from the northeastern part of the country would aim to grab points to propel themselves into the top half of the I-League table.

Speaking at the official pre-match press conference, Aizawl FC head coach Yan Law said his players will need to remain focussed till the end and also convert their chances.

"We learnt a good lesson in the 1-1 draw against Indian Arrows. It taught us to not take things lightly and be focused until the end of the match. The lack of concentration cost us the points and we will not repeat this mistake again," he said.

"We lacked being clinical upfront and we cannot afford to do that going ahead in the season. It is a season-determining match for us. If things go our way, we could go second on the table and although NEROCA are a fantastic team, we would aim for nothing less than a win," Law added.

Lapses in defence were exploited to the maximum by Gokulam Kerala FC against NEROCA, whose head coach Gift Raikhan wants improvement from his back-line.

"We need to defend as a team and be solid at the back. We cannot afford to be callous against Aizawl FC in defence because they can really punish us with their style of play," Raikhan said.

"We will aim for nothing less than a win because a win could take us higher on the table. We respect Aizawl as opponents but we will give our cent per cent on the field to get a positive result. It will be a tough challenge but we are prepared for it," he added.