Mohammedan SC broke their four-match winless run in their last game and returned to winning ways by beating Gokulam Kerala 2-1 in a mid-table clash. 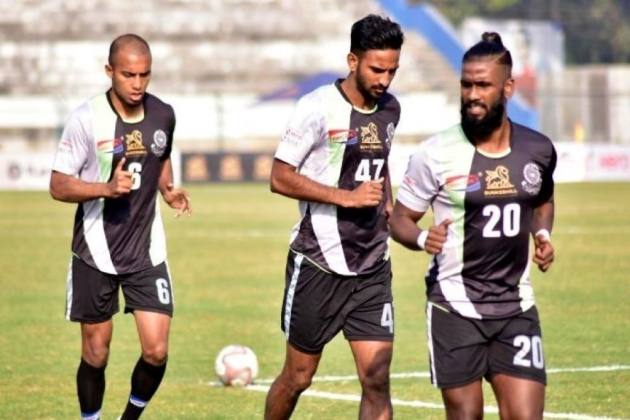 Mohammedan SC face a tricky test in their search for crucial points as they take on Indian Arrows in the I-League here on Sunday. (More Football News)

Mohammedan SC broke their four-match winless run in their last game and returned to winning ways by beating Gokulam Kerala 2-1 in a mid-table clash.

The Black Panthers now sit in fourth place on the table with 10 points from six games. With the first stage of the league closing soon, Jose Hevia's side needs nothing short of three points to hold its place in the top six of the table.

"We played a good game against Gokulam Kerala. Every win is important, and for sure, the victory against them will help us in our fight for the top six," head coach Jose Hevia said.

"The players need to carry on this momentum now. We have to reach our best form yet, but it is an ongoing process. Our goal for the season is winning the I-League.

"But, right now, we need to focus on short term target and that is Indian Arrows in the next game," he added.

Alongside Churchill and Real Kashmir, Mohammedan SC are on a six-match unbeaten run.

"It is good to see the fantastic work the players have done while defending. The players are going to carry forward the same approach we have followed so far. Hopefully, we can add a few goals and carry on this streak as much as possible," Hevia said.

Indian Arrows put up a spirited display against Punjab in their last match and head coach Shanmugam Venkatesh will be hoping for a similar performance from his boys in the remaining games.

"We went two goals down to RoundGlass Punjab, but the boys never gave in. They scored one and fought till the end. That is a positive aspect. The boys have gained much confidence. More importantly, they are enjoying playing bigger opponents," Venkatesh said.

"Mohammedan SC is a big name in Indian Football. They have a rich history and footballing heritage. Our boys are technically good and have the stamina to run for 90 minutes. We need to bank on these strengths and give them a good fight," he added.

It will be the first match this season that Arrows will play at the iconic Salt Lake Stadium. Sharing his thoughts on the same, Venkatesh, a former India captain, said, "The Salt Lake Stadium is my favourite ground."

"It is always a good feeling to play against a strong opponent in a stadium with a good field and facilities. I am sure the boys will enjoy playing the game at this historic venue."