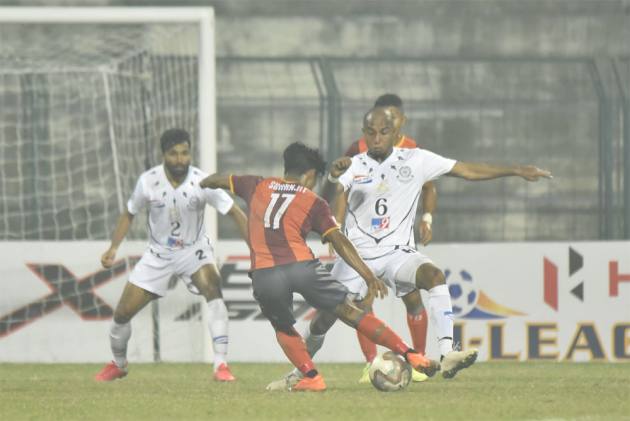 Mohammedan Sporting played out their second draw on the trot as their I-League match against RoundGlass Punjab (Punjab FC) ended in a stalemate at Kalyani Stadium, Kalyani on Sunday. (More Football News)

The draw still kept Mohammedan at third position while Punjab FC are at seventh spot in the league table.

In a cagey first half that witnessed end-to-end action, clear goal-scoring chances were rare and the teams often diffused each other's attacks in the midfield. Punjab FC soaked up the pressure and played on the counter.

In the 18th minute, Mohammedan got a half-chance as Ahmed Nigam found himself clear inside the box off a cross from the left wing. But the forward's shot could not find the target. In the 32nd minute, Joseba Beitia's header went wide of the goal.

Punjab FC dominated possession in the latter stages of the first half, while Mohammedan sat back and rarely committed bodies ahead.

Punjab FC that could have taken the lead in the 49th minute. Hormipam picked up the ball in the midfield and released a rocket of a shot from a distance that hit the woodwork as Mohammedan survived a scare.

Mohammedan tried to spice things up in the midfield, introducing Nikhil Kadam and Subash Singh on the 82nd minute.

Moments later, Suraj Rawat released a teasing cross across the face of the goal, but with no one to attack the ball, the cross was easily dealt with.