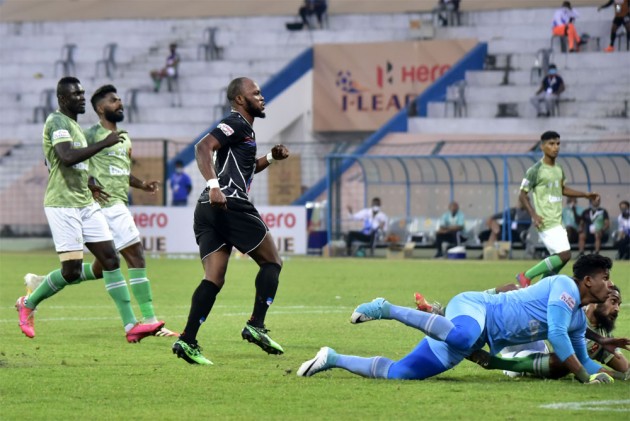 For Gokulam, Sharif Mukhammad's long-range strike late in the game only proved to be a consolation.

The Black Panthers broke the deadlock in the 41st minute when Faisal Ali received the ball outside the opposition penalty box and released a through-ball for Chidi, whose powerful shot gave his team 1-0 lead.

The match was sealed in the 67th minute when Sebastian Thangmuansang stretched in order to intercept Gani Ahmmed Nigam's dipping cross from a left flank free-kick.

But, all he did was set the ball perfectly into the path of Asheer Akhtar, and the defender made no mistake in putting it past Ubaid in the Kerala goal.

Sharif pulled one back for Gokulam Kerala in the 76th minute when Dennis Antwi provided a cut-back for Sharif. The Afghan defender then unleashed a curling long-ranger to beat Roy and give his side a ray of hope.

Gokulam are placed 8th with 7 points from six games.