After 16 matches each, Punjab FC are third on the I-League points table behind winners Mohun Bagan and East Bengal with 23 points while NEROCA FC are ninth with 18 points 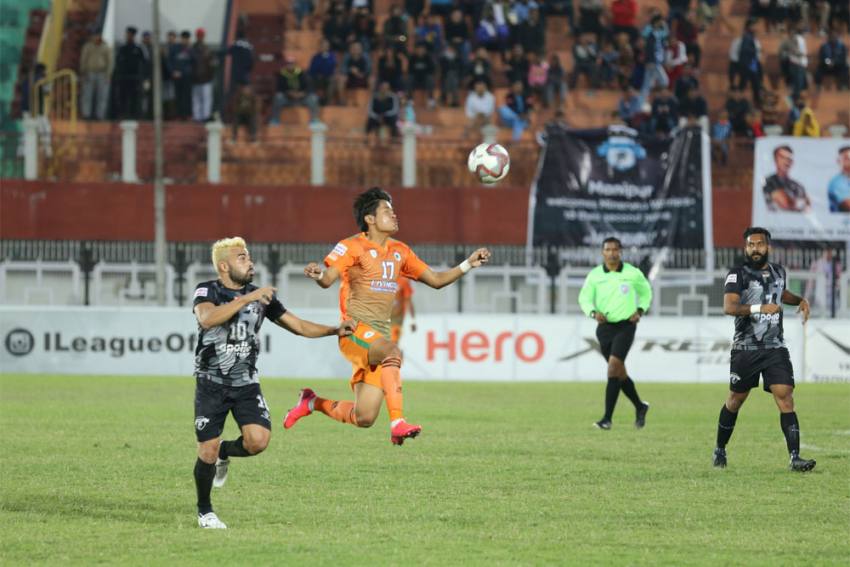 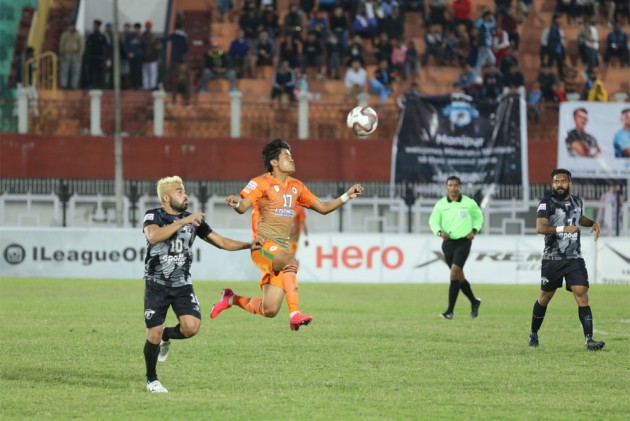 It rained goals in a thoroughly entertaining evening of Hero I-League football, as NEROCA FC emerged 4-3 winners in a seven-goal thriller against Punjab FC at the Khuman Lumpak Stadium in Imphal on Tuesday(March 10, 2020). (More Football News)

Phillip Adjah Tettey broke the deadlock in the fifth minute before Dipanda Dicka restored parity three minutes later and scored his 50th goal of his much accomplished Hero I-League tenure. Tettey scored his second in the 37th minute to reclaim NEROCA’s advantage before half-time. Substitute Girik Mahesh Khosla brought Punjab back to level terms near the hour mark.

The visitors were reduced to 10 men after Yumnam Raju was sent off for a second bookable challenge. NEROCA soon raced to a 4-2 lead, courtesy of an own goal from Punjab’s Danilo and shortly afterwards, Tettey’s third of the evening, earning him the match ball for a match-winning hat-trick. Dicka converted a penalty in the 86th minute, but the hosts held on for the remainder of what was a nervy finish.

As the scoreline suggests, the match kicked off to a blistering start straight off the gates. In the fourth minute, Sergio Barboza’s menacing run was read by Himanshu Jangra, who made himself available for a pass with an overlapping run. Jangra picked out Dipanda Dicka inside the box, who had a crack first time but was denied by the crossbar.

Just a minute later, NEROCA caught Punjab napping on the counter. Jiteshwor Singh led the charge and found Imran Khan to his left. Khan played Phillip Adjah Tettey through on goal and the Ghanaian forward clinically slotted past Kiran Limbu for the opener.

In the 8th minute, the hosts shot themselves in the foot during a corner routine when Imran Khan conceded position outside the Punjab box, which led to a break. Sanju Pradhan ran the length of the pitch before squaring across goal for Dicka, who made no mistake this time to restore parity and subsequently, score his 50th Hero I-League goal.

Gift Raikhan’s side pressed effectively, and it paid dividends in the 37th minute. Kiran Limbu’s wayward pass was picked out, which put Tettey through on goal again. Danilo couldn’t recover in time, and Tettey restored NEROCA’s advantage heading into the break.

Punjab made their intentions clear and didn’t hesitate to knock on the doors early. However, NEROCA seemed to have done their homework and constantly recovered possession and caught the visitors on the break. In the 48th minute, it was veteran Sanju Pradhan who played culprit and lost the possession to Tettey and with a hat-trick beckoning fluffed his lines with his finish.

Near the hour mark, Sanju’s set-piece delivery wasn’t read by the NEROCA backline, allowing substitute Girik Mahesh Khosla to have a go on the volley. He scored a spectacular equaliser to the delight of Coach Law on the touchline.

Yumnam Raju made matters worse for the Ludhiana outfit, after he picked up a red card for a second bookable offence.

The Orange Brigade thoroughly capitalised on their one-man advantage. In the 75th minute, Imran Khan’s left-footed curler found the head of Danilo, and the Brazilian, to his dismay, netted an unfortunate own-goal.

NEROCA added to Punjab’s misery by adding a fourth. Some schoolboy defending from Punjab again added the final nail in the coffin. Eze Kingsley gave the ball away and in an attempt to recover the ball, went down like a pile of curtains to put Tettey through on goal for his hat-trick, which he duly notched this time to rubberstamp the three points.

Dicka’s 86th-minute penalty made it 4-3 to head towards a nervy finish with five minutes added on but NEROCA held on to register a vital win in their quest to avoid relegation. They have now moved a place above with 18 points, while Punjab remain in third with 23.