I-League: Only Pride To Play For As Chennai City FC, Aizawl FC Face Off

Chennai City FC were left with golden tidings in the relegation battle as NEROCA made life difficult for themselves and finally succumbed to relegation, courtesy of their slump in form 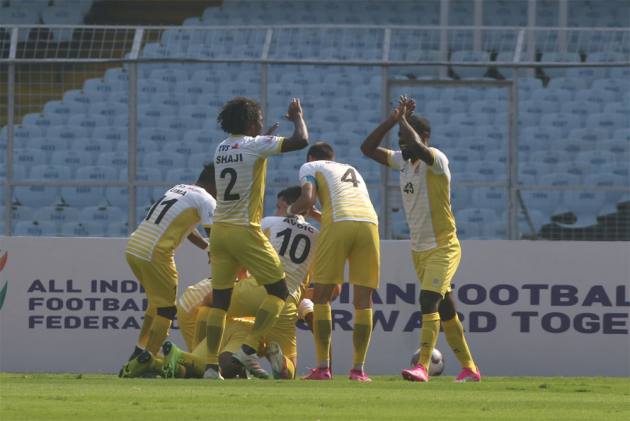 Chennai City FC and Aizawl FC will be playing for pride when the two teams clash in an I-League match in Kalyani, West Bengal on Saturday. (More Football News)

Chennai City FC were left with golden tidings in the relegation battle as NEROCA made life difficult for themselves and finally succumbed to relegation, courtesy of their slump in form.

Chennai had won 5-0 against Indian Arrows in their last match and head coach Satyasagara said they will continue to look for full points from the upcoming match.

"In the remaining two matches, we want the six points. We will be playing the same way that we have been playing against the other teams. The boys are ready and I hope we can get a positive result," he said.

"We have played Aizawl already, they are fast on the ball. I think they will be putting a lot of pressure on us but still, I think we can match them in terms of the playing ability."

Aizawl FC lost 2-1 to a superior Indian Arrows in their last match. Although the Yan Law-coached side was never in contention for relegation, it will want to finish the league on a positive note.

"Last game against Arrows was a tough game. Since we had no chances of relegation we went with six changes to the lineup," head coach Law said.

"Chennai is a solid team; they have done well in the last game against the Arrows. They are high on confidence and we need to pick up these three points to stay on top of our group which is important for us.

"I am expecting a tough match because last time we defeated them 3-0 and they will want to defeat us this time."