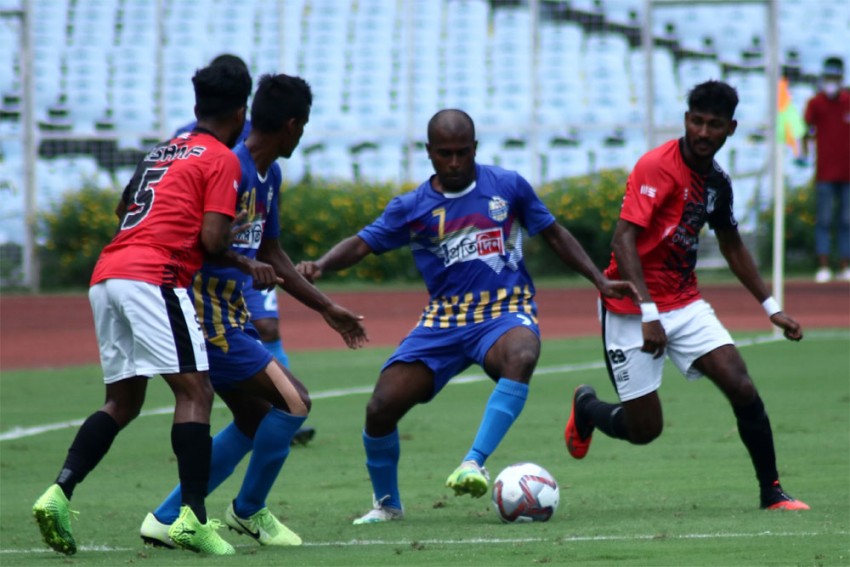 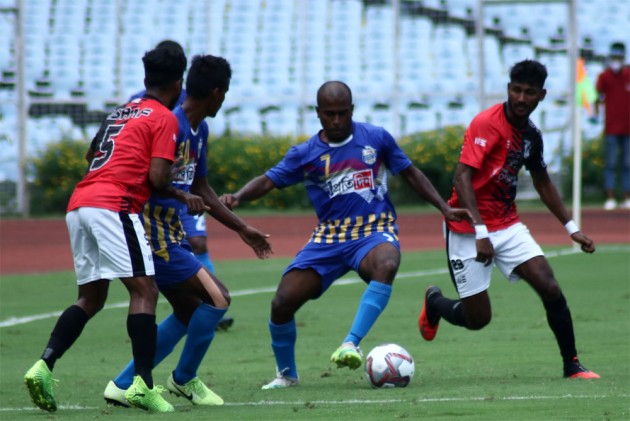 City-based Bhawanipore FC beat FC Bengaluru United 2-0 in the opening match of I-League qualifiers played behind closed doors in Kolkata on Thursday, marking the resumption of sporting activity in the country after a seven-month coronavirus-forced hiatus. (More Football News)

Sanitation tunnels, temperature checks of players and officials, pre-match social-distancing routines were in place at the Salt Lake Stadium as football -- or for that matter live sporting action -- resumed after the March 14 Indian Super League final.

Bhawanipore FC produced an impressive counter-attacking football to prevail over the side from Bengaluru in the first match of the five-team round-robin tournament whose winner will book the lone spot in the I-League beginning in December.

Apart from empty stands, the match saw water breaks in each half and five substitutions available to the teams under the new COVID-19 protocols.

Bhawanipore head coach Shankarlal Chakraborty showed his tactical acumen, starting with a three-man defence which withstood a bright start by FC Bengaluru United. Richard Hood's team put its opponents under pressure with good movement around the penalty box but were unable to find that final touch.

The first clear opportunity fell to FC Bengaluru United in the 21st minute when Bhawanipore custodian Shilton Paul came off his line while trying to punch the ball for a corner but could not connect cleanly. However, Bengaluru failed to capitalise as Azharuddin Mallick was only able to head over the bar.

Paul did not let that minor mishap trouble him though as he commanded his box impressively, keeping the Bengaluru forwards at bay with a string of impressive collections.

FC Bengaluru continued to press for the opener but much against the run of play, Bhawanipore broke the deadlock in the final minute of the first-half added time. Ghanian forward Philip Adjah was sent through on goal and his shot was only parried onto the feet of an onrushing Pankaj Moula, who was at hand to tap in the rebound.

As expected, FC Bengaluru United came out all guns blazing in the second half but were met by a well-drilled Bhawanipore defence.

With Bengaluru committing men forward, Bhawanipore doubled their lead in the 60th minute with a lightning-quick counter-attack. Altamash Sayed picked up the ball just outside his penalty box and played a long ball in search of Adjah.

The Ghanian kept Bengaluru skipper Rana Gharami at bay and then thumped a powerful volley right across the face of goal, leaving the keeper with no chance as the ball bounced in off the far post.